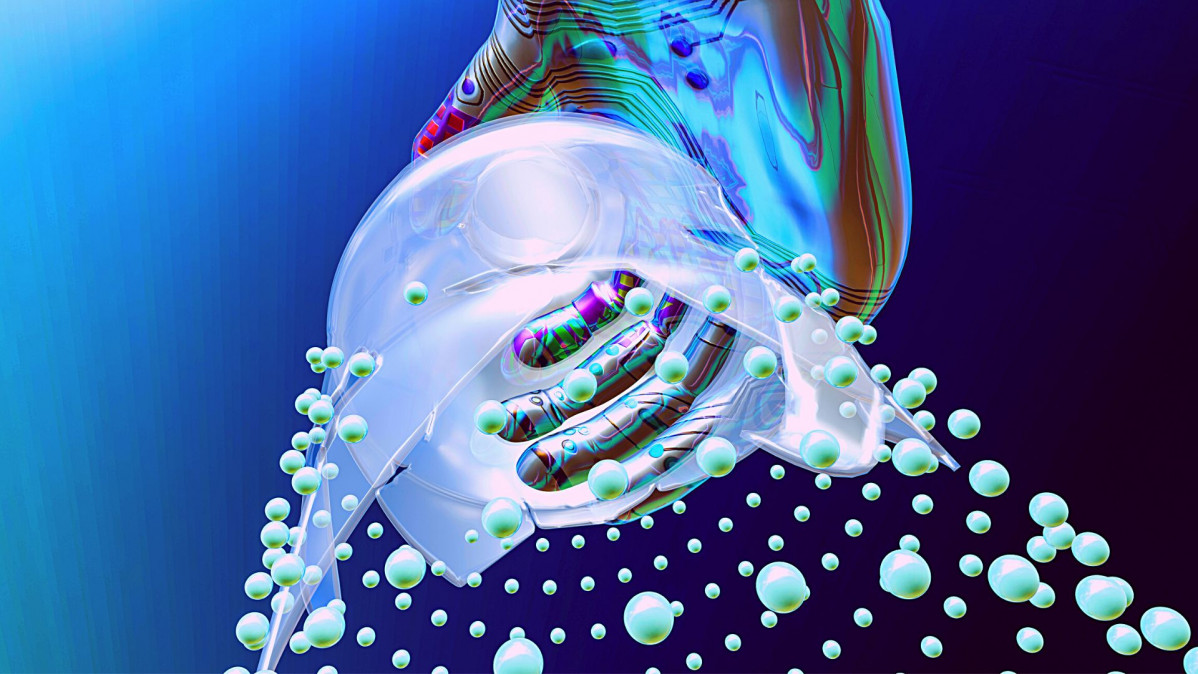 Normally, people with type-1 and (some) with type-2 diabetes require insulin as a treatment. This can be taken via injection, or by using an insulin pump.

But a new concept could unlock an entirely new level of convenience for patients to control their therapies — cell-based ones, in this case.

Scientists at the Department of Biosystems Science and Engineering, ETH Zurich, Switzerland, have devised a self-sufficient push-button device that contains engineered human cells that can be implanted directly under the skin, according to a new study published in the journal Science Advances.

In other words, the key to a healthy life with Diabetes could be skin-deep, after all.

Self-treating diabetes with the push of a button

As a proof of concept, the researchers showed that finger-pressure activation of the implant could restore normal sugar levels in a mouse model of type 1 diabetes.

“It is a quantum leap for merging electronics with genetics and kick-off for real-world therapeutic applications,” Martin Fussenegger, researcher and Professor of Biotechnology and Bioengineering, told IE in an interview.

The push-button has the power to program genetic activities of cells by electricity to an all-new level, added Fussenegger.

Engineered cell-based therapy is a potential answer to life-threatening diseases. But, diseases like cancer and type I diabetes require strict administration of ‘precisely dosed therapeutic proteins’.

Cell therapy approaches relying on synthetic gene switches would be highly beneficial to enable the required control. Meanwhile, it’s a known fact that piezoelectric components are primary to many life-saving products.

The piezoelectric effect is the ability of certain materials to produce an electric charge in response to applied mechanical stress. In their paper, the researchers mention that this characteristic of piezoelectric materials has garnered “considerable” attention for biomedical applications such as health monitoring and tissue engineering.

But, the low amplitude and frequency of the mechanical forces generated by the organ “restrict the voltage generated by piezoelectric materials to a level below the voltage required for triggering these cells by direct coupling stimulation”, read the new study.

So, the researchers aimed to develop and test a cellular encapsulation device that would utilize this low voltage generated by gently pushing a PVDF (Polyvinylidene Fluoride) film-based piezoelectric module to “trigger encased electro-sensitive human designer cells” to produce a therapeutic output.

For this, they engineered a “simple” button-sized device containing engineered human cells implanted directly under the skin.

When the skin above the implanted button is pushed “with [a] force like typing on a keyboard, the piezo module in the pushbutton produces electricity that stimulates the cell to release a certain amount of insulin with doses correlating with how many times you push the button,” Fussenegger tells us.

Previously, Fussenegger had been part of a team that designed human cells that respond to electrical fields by releasing insulin. “These cells required complex electronics and wireless power to control the device,” added Fussenegger. It also relied on an external power supply to “electrically stimulate” the implanted therapeutic cells.

By contrast, the push-button does not require any electronics. “Energy required for electrostimulation of the cells is simply produced by pushing the button,” said Fussenegger.

Pushing the piezo film of the devices with a finger produces a “very small” alternating current that stimulates human cells to secrete insulin.

“To become electrosensitive, the cells have been engineered with two specific ion channels that trigger the depolarization of the cell membrane when sensing electrical fields. When depolarized, these cells release insulin in the same way native beta cells do,” explains Fussenegger.

The technology is highly mature, Fussenegger says. As a result, the team doesn’t foresee any obstacles associated with piezo elements. Since piezoelectric films are well established, this process reduces the number of challenges, which “remain more on the cellular part where the longevity of implanted cells needs to be tested for a longer period of time,” he added.

The team will collaborate with the industry or find a start-up company to develop the technology for the clinics. Fussenegger adds that cell-based therapies typically require roughly 10 years to enter the market.

But, once they become a widespread alternative to other treatments, such devices — that enable traceless control, can be easily activated without power sources, and provide an “extremely compact design” — could vastly change the medical treatment landscape for diabetes, and beyond.

Traceless physical cues are desirable for remote control of the in situ production and real-time dosing of biopharmaceuticals in cell-based therapies. However, current optogenetic, magnetogenetic, or electrogenetic devices require sophisticated electronics, complex artificial intelligence–assisted software, and external energy supplies for power and control. Here, we describe a self-sufficient subcutaneous push button–controlled cellular implant powered simply by repeated gentle finger pressure exerted on the overlying skin. Pushing the button causes transient percutaneous deformation of the implant’s embedded piezoelectric membrane, which produces sufficient low-voltage energy inside a semi-permeable platinum-coated cell chamber to mediate rapid release of a biopharmaceutical from engineered electro-sensitive human cells. Release is fine-tuned by varying the frequency and duration of finger-pressing stimulation. As proof of concept, we show that finger-pressure activation of the subcutaneous implant can restore normoglycemia in a mouse model of type 1 diabetes. Self-sufficient push-button devices may provide a new level of convenience for patients to control their cell-based therapies.