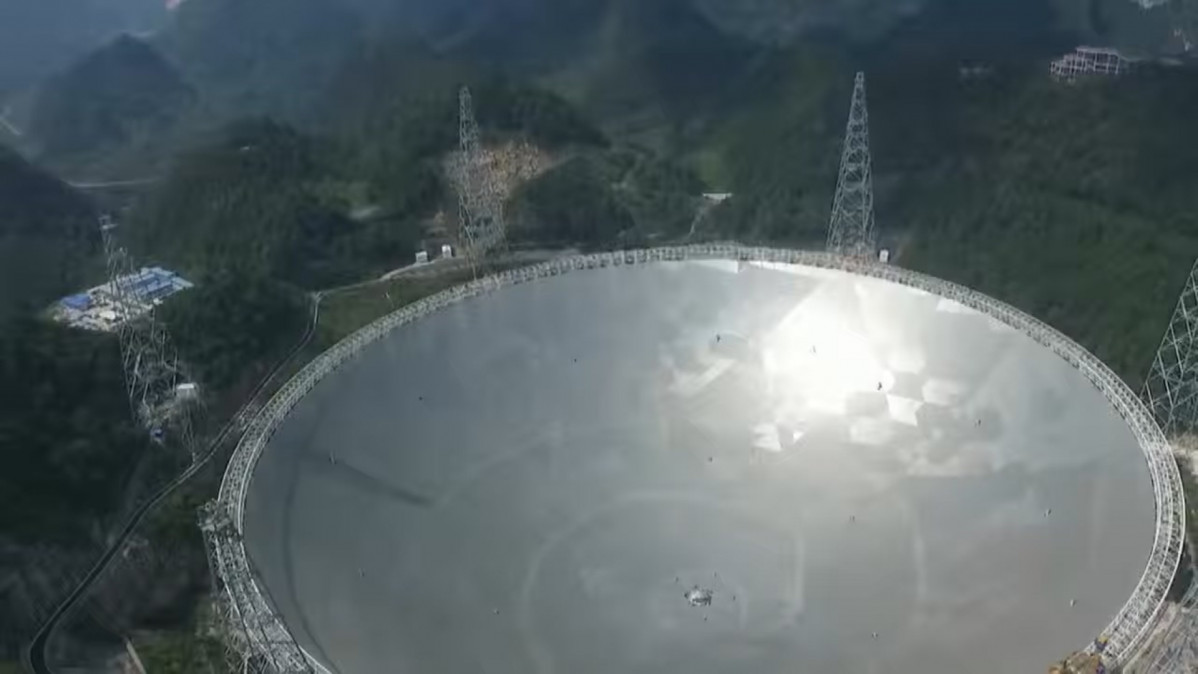 The search for intelligent extraterrestrial life didn’t have the breakthrough many had hoped for last week.

Reports emerged on Wednesday, June 15, that Chinese astronomers detected the techno-signatures of an intelligent alien civilization.

Sadly, it turns out that the report, initially picked up by Bloomberg, highlighted signals that are, in fact, likely to have come from human technology, a report from LiveScience reveals.

In an interview with LiveScience, Search For Extraterrestrial Intelligence (SETI) researcher Dan Werthimer, a co-author on the project that first spotted the anomalous signals, said the narrow-band radio signals he and his fellow researchers detected “are from [human] radio interference, and not from extraterrestrials.”

Narrow-band radio signals are usually made by unnatural sources, such as human technology. That’s why the detection of this type of signal made global news over the weekend.

Scientists found three of these signals in 2019 and 2022 using the Five-hundred-meter Aperture Spherical radio Telescope (FAST). The world’s largest radio telescope, nicknamed “Sky Eye,” was performing a preliminary scan of exoplanets prior to an upcoming five-year sky survey. The news that the latest signal, picked up this year, could be of alien origin first appeared in a report on June 14 by the official newspaper of China’s Ministry of Science and Technology. That report has now been removed from its website.

The claims went viral last week, with one FAST official even claiming that it was “likely” the signals were of extraterrestrial origin.

It seems the news will now go down as a cautionary tale about jumping to conclusions and not awaiting peer-reviewed findings. That’s because Werthimer said that, though the signals are artificially made, they almost definitely came from humans.

“The big problem, and the problem in this particular case, is that we’re looking for signals from extraterrestrials, but what we find is a zillion signals from terrestrials,” Werthimer told Live Science. “They’re very weak signals, but the cryogenic receivers on the telescopes are super sensitive and can pick up signals from cell phones, television, radar, and satellites — and there are more and more satellites in the sky every day. If you’re kind of new in the game, and you don’t know all these different ways that interference can get into your data and corrupt it, it’s pretty easy to get excited.”

It’s not the first time this has happened. In 2019, astronomers spotted a narrow-band radio signal coming from Proxima Centauri, the nearest star system to our solar system. Last year, however, a study concluded that this signal likely came from malfunctioning human equipment. Radio interference is a big problem for a telescope like FAST, which has a 1,600-foot-diameter (500 meters) dish and is able to, in theory, detect radio devices operating many lightyears from Earth.

That’s not to say the scientific community will stop searching for intelligent alien life. In fact, only recently, an amateur astronomer, Alberto Caballero, claimed to have pinpointed the origin of the Wow! signal, an as-yet unexplained anomalous signal detected in 1977. There are many unexplained signals out there, and all are worth investigating. That is until we realize the signal came from someone microwaving their lunch near the lab equipment.