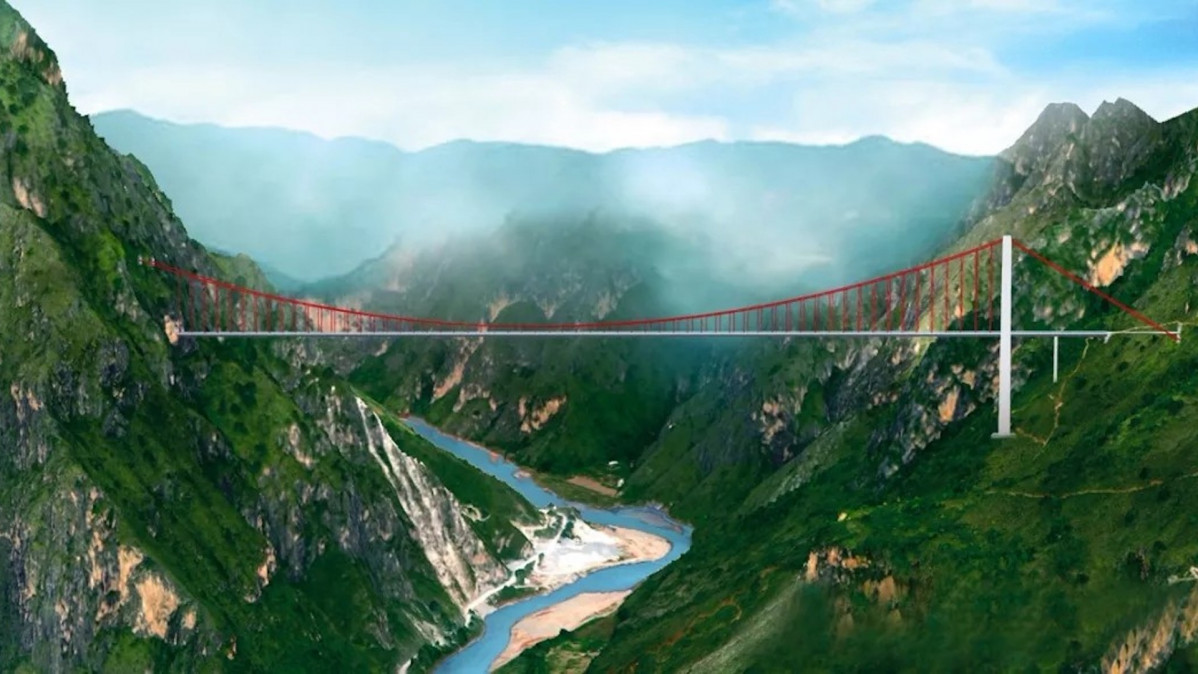 A record-breaking bridge in southwest China passed a vital load test on Monday, July 18, a report from the South China Morning Post reveals.

The test began on July 11 and lasted a total of eight days. During the test, trucks carrying up to 1,280 tonnes (1,411 tons) of cargo drove back and forth continuously over the Luzhijiang Bridge in the province of Yunnan.

It marks a massive milestone for the infrastructure project, which was able to continue construction during the pandemic thanks to the use of construction robots.

The 800-meter-long (2,625 feet) bridge is being built to improve the connection between China and Southeast Asia. It will drastically cut the travel time between the cities of Yuxi and Chuxiong from an hour and a half to only two minutes.

It holds the record for the world’s longest single-tower suspension bridge in the world.

The Luzhijiang Bridge is also impressive because of the incredibly steep valley cliffs it rises out of. Drivers sticking to a 100 mph speed limit will come straight out of tunnels onto the 300-meter-tall bridge from either side. The steel cables used for the suspension bridge had to be secured by drilling a 100-meter tunnel for an anchor.

The bridge will also form part of a new 200 km (124 miles) expressway through Yunnan that will improve the passage to countries including Myanmar, Vietnam, and Laos. The expressway is part of the country’s Belt and Road Initiative, which is designed to improve connections with 140 other countries.

Construction began on the bridge in 2019, and engineers were reportedly able to carry on working during the pandemic and finish the project within a three-year deadline, thanks to the help of construction robots. Last year we reported on China’s ‘Iron Monster’ construction robot, SLJ900/32, which is capable of erecting massive bridges in just a few days.

The bridge-building machine moves using 64 fully rotating wheels divided into four blocks. It carries beams from the edge of the bridge to the installation point, where they are connected to predetermined pillars. Using a pneumatic structure, the machine anchors to the pillars and places the beams, dramatically erecting the bridge as it goes.