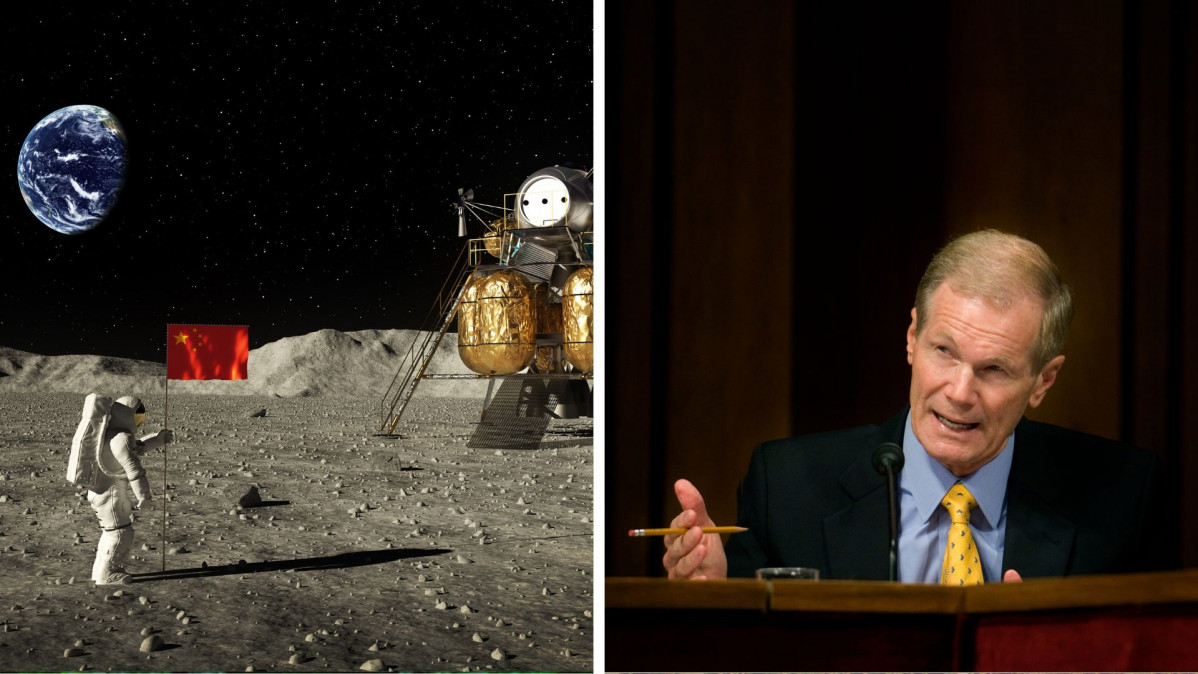 Could the Moon ever belong to one nation?

China space officials rejected a warning from NASA Administrator Bill Nelson that China could try to “take over” the Moon as part of a military operation, a Reuters report reveals.

The officials said China has consistently called for international collaboration in space and described Nelson’s “reckless” comments as part of an irresponsible smear campaign on their country’s space operations.

China has made great strides as a space power in recent years, having announced earlier this year that its Chang’e-5 lunar probe was the first to detect water signals directly from the Moon’s surface. It also aims to be the first country to bring samples back from the Red Planet, beating NASA by 2 years.

In an interview published on Saturday, July 2, Nelson told the German newspaper Bild, “we must be very concerned that China is landing on the moon and saying: ‘It’s ours now, and you stay out’.”

The NASA chief also recently pointed out that China has “become good at stealing” in a backhanded compliment about the country’s recent progress in space. He has also emphasized that China’s space program is a military one that is concerned with militarizing space.

China’s Zhao Lijian, a spokesperson at the Chinese foreign ministry, strongly condemned Nelson’s claims. “This is not the first time that the head of the U.S. National Aeronautics and Space Administration has ignored the facts and spoken irresponsibly about China,” Lijian said.

“The U.S. side has constantly constructed a smear campaign against China’s normal and reasonable outer space endeavors, and China firmly opposes such irresponsible remarks,” he continued. Nelson also claimed that China opposes the weaponization of space and aims to build a shared future for humanity in space.

The militarization of space continues unabated amid Moon ownership claims

Space has traditionally been maintained as a non-militarized zone as agreed in the 1967 Outer Space Treaty, a foundational document for international space law. That treaty states that “outer space [including the moon] is not subject to national appropriation by claim of sovereignty, by means of use or occupation, or by any other means.”

Unfortunately, Earth’s fractured politics have reached outer space in recent times, with large space powers pointing the finger and laying blame over the weaponization of space. Though Nelson has warned of China’s militarization of outer space, it’s worth noting that the U.S. Space Force’s “Spacepower” military doctrine also turns its back on the decades-long global effort to maintain space as an un-militarized domain.

The 2020 military doctrine states that space is both a “source and conduit through which a nation can generate and apply diplomatic, informational, military and economic power,” and thus, the U.S. “must cultivate, develop, and advance spacepower in order to ensure national prosperity and security.” The doctrine also states that the U.S.’s “adversaries’ actions have significantly increased the likelihood of warfare in the space domain,” which is likely a reference to China’s capacity for shooting down missiles in space and Russia’s anti-satellite weapons exploits. While that may be true, the U.S. Space Force’s rhetoric is certainly not one of military de-escalation.