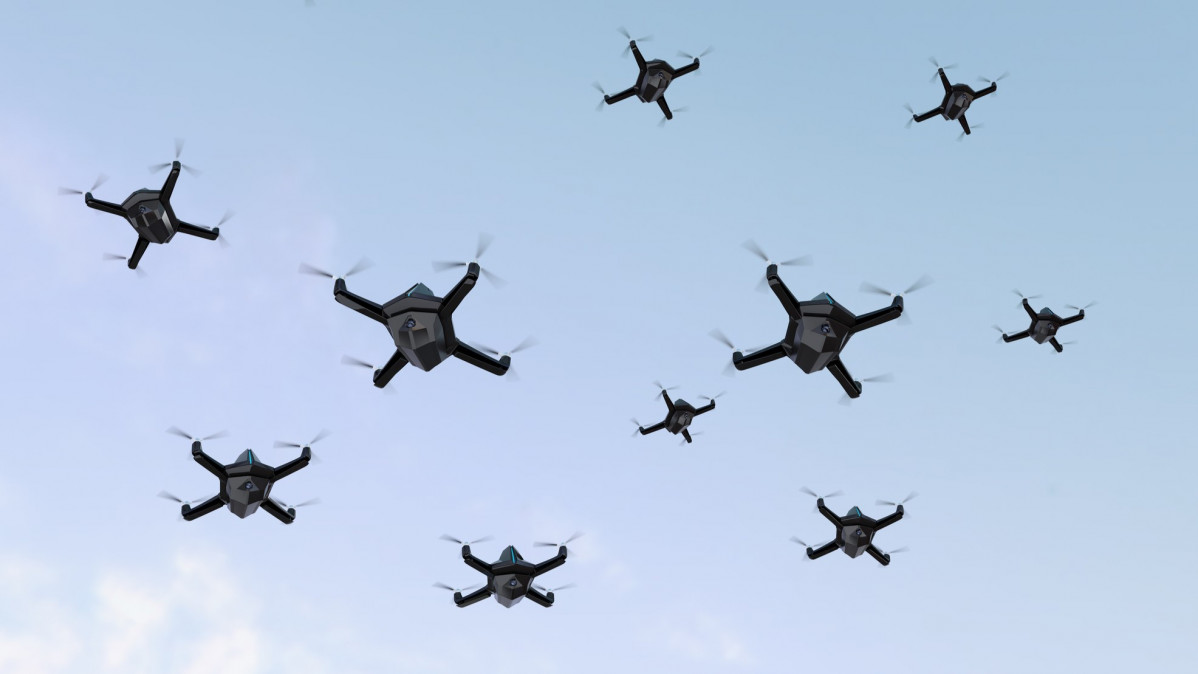 During the Global Air and Space Chiefs’ Conference 2022 that took place in London this week, Britain’s Royal Air Force chief Marshall Sir Mike Wigston told that the Royal Air Force’s experiments with drone swarms show they can now overpower enemy defenses, making them ready for use in war, according to DefenseNews.

He further reported that over the course of three years, the RAF’s 216 Test and Evaluation Squadron and the Rapid Capabilities Office trialed five drone types in 13 experiments with various payloads platforms and control systems and produced an “operationally useful and relevant capability.”

“The work has been challenging, but we have learned and gained a huge amount from our Mosquito program around digital design and novel manufacturing techniques,” Wigston said.

“We are exploring new models of capability delivery and accelerated production ‘when we need them’ rather than ‘in case we need them,’ from the twin jet 3D-printed Pizookie, to commercially available large drones fitted with novel payloads, to large quadcopters.”

One of the key challenges that are inherent in using military power from above is that of defeating adversary air defenses. Air operations increasingly need to ensure that aircraft can take off and land safely in order to continue their operations successfully.

If this challenge is not tackled effectively, it endangers the significant amount of money that the military has invested in upgrading their fleets to fourth- and fifth-generation technologies. This issue is reflected in Ukraine, said Justin Bronk, a defense analyst with the London-based Royal United Services Institute.

“The fact that air power has been mutually denied, relatively speaking, in Ukraine by both sides has far more serious implications for us than for either the Russians or the Ukrainians,” he said at the conference.

Swarming: effective but not practical

He added that Russian and Ukrainian militaries rely on land manpower and artillery, whereas the U.K. and other western nations use air access and air superiority. Bronk also discussed the practice of swarming, which consists of sending enough expendable drones at a defensive radar and interceptor position so as to overwhelm them.

He argued that the practice can be effective but may not always be practical as the drones used in these kinds of tactics often lack the requisite range and speed.

Thus far, Ukraine has been using a small, nimble, and re-deployable drone called “The Punisher” to carry out scores of successful missions against the Russian onslaught. Due to its small size, the drone can travel long distances without being detected and has been wreaking havoc behind Russian lines.