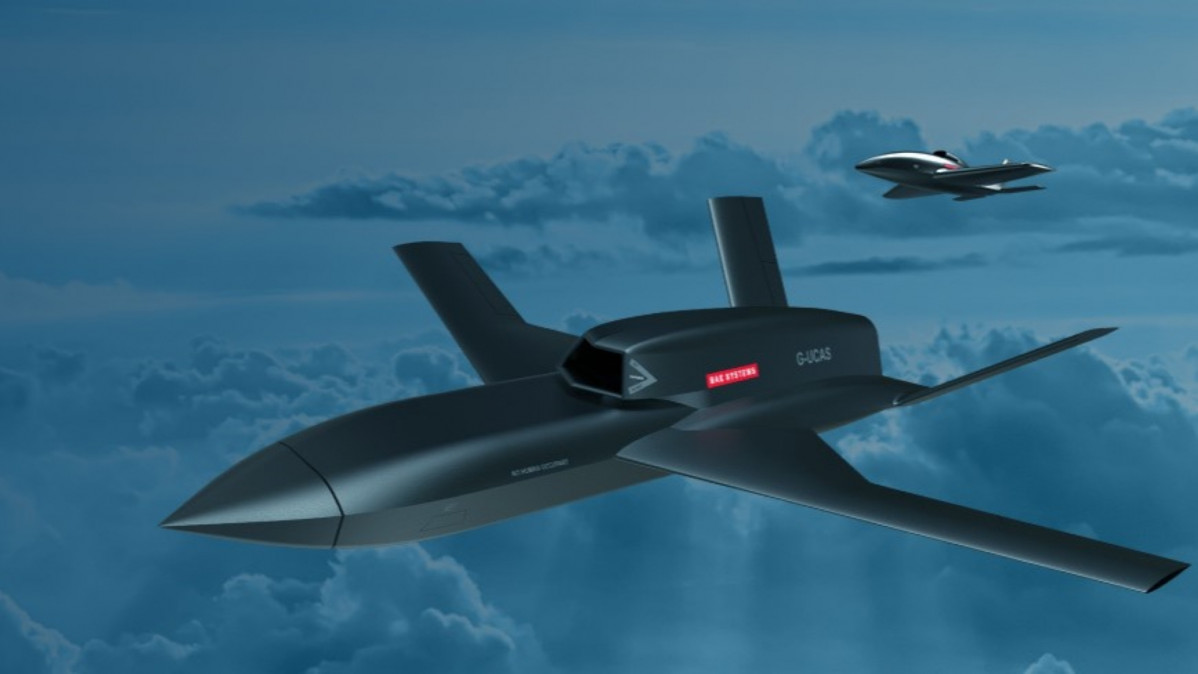 With the evolution of warfare, unmanned aerial vehicles (UAVs) or drones have rapidly become key elements of a country’s offense as well as defense. Drones can now carry out surveillance or reconnaissance tasks in high-risk situations and attack adversaries.

Militaries across the world are looking for drones that work with the latest technologies while also offering a mix of capabilities, paving the way for a customized deployment in line with the requirements of the mission at the forefront. BAE’s new drone designs are looking to tap into such requirements.

Even after their public debut, BAE Systems has refrained from giving these drones any specific brand names and continues to call them Concepts. So, here’s what these Concepts have to offer.

Smaller among the two designs which have been unveiled so far, Concept 1 has been dubbed as an “expendable drone” but is also designed to be recovered easily. This twin-tailed drone has a fuselage that looks like a bullet and has an air intake placed on the top rear portion, suggesting that is powered by a jet engine.

According to the brochure released by the company, the drone can fly at speeds up to 0.5 Mach and has a service altitude of 30,000 feet (9,144 m). Launched from a rail-type catapult, the drone does not need a runway to be deployed and is recovered using a parachute and kept in its containerized storage system. When in the air, the drone can carry a maximum payload of 88 pounds (40 kg) and remain airborne for up to four hours.

BAE Systems suggests that the drone could be available in land or maritime variants and equipped with intelligence, surveillance, and reconnaissance (ISR) sensors.

BAE’s second design provides the advantages of containerized storage but also follows a more conventional launch and recovery approach by using the runway. Constructed in a modular fashion, the drone has a maximum service altitude of 40,000 feet (12,192 m) and boasts a cruise speed of 0.75 Mach. With its internal payload capacity of 1,100 pounds (500 kg), the Concept 2 can fly for up to five hours.

Also available in land and maritime formats, Concept 2 can be deployed for ISR missions. However, when required, the drone can also serve as a combat option with its capability to carry Spear Class air-to-ground munitions as well as Meteor class, air-to-air missiles.

The fuselage of Concept 2 is similar to the first drone with a jet engine powering the flight, but the tail is V-shaped.

Both the drones are also capable of engaging in electronic warfare by carrying payloads that can work to jam radio signals while also being equipped with technology that enables them to either solo or as part of the swarm.

BAE’s claim of “goal-based autonomy” on these systems means that drones can carry out specific tasks needed to achieve mission goals without requiring further human input. This ability assumes importance as BAE Systems is also involved in the development of the sixth-generation air combat systems for the UK.