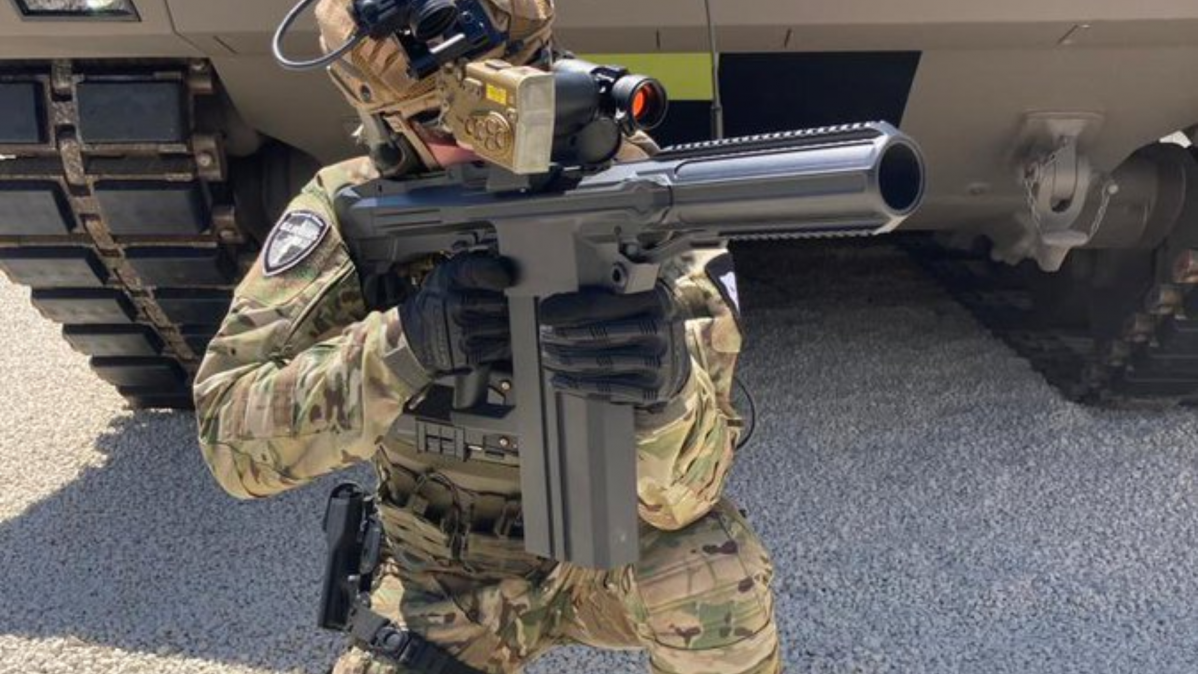 German defense manufacturer, Rheinmetall, has unveiled a handheld grenade launcher called the Squad Support Weapon 40 (SSW40) that weighs and can be handled like a regular assault rifle, the company press release said.

In this day and age, when drones are being launched as if they were grenades, one would wonder if the launchers themselves have reached the end of the road in terms of their evolution. With drones getting smaller and warfare becoming more electronic, the focus may have shifted towards developing other technologies rapidly. Still, companies like Rheinmetall continue to work on improving combat weapons, too, and the SSW40 is proof of the progress they have made.

The difference between an assault rifle and a grenade launcher

An assault rifle is designed to fire intermediate cartridges, and since the use of these cartridges reduces the recoil, it makes the rifle easier to handle. Assault rifles typically have a detachable magazine. After they were introduced during World War II, over the years, they have become the standard weapon of most armies worldwide, replacing battle rifles that fired full-power cartridges.

On the other hand, a grenade launcher is used to fire high-caliber projectiles with specially designed warheads. A grenade can either be explosive or used to fire a has or smoke. In the past, grenade launches were a team affair requiring a specially trained crew to operate them and fitted on armored fighting vehicles. Over the years, the launchers became smaller to a point where they could be fired off a soldier’s shoulder.

What Rhinmetall manages to do with the SSW40 is make the grenade launcher even smaller and easier to operate while packing a more considerable punch in a smaller weapon.

In its press release, Rhinemetall claims that it has reduced the weapon’s recoil and uses a self-regulating recoil system to fire any 40 mm low velocity (LV) ammunition types.

The SSW40 is still a shoulder-fired grenade launcher but with a magazine to reload the grenades; it acts more like an assault rifle. Interestingly, the company also claims that this is the ‘world’s first automatic’ grenade launcher, which would mean that the weapon will continue to fire grenades till the trigger is released, or the magazine is empty.

This includes ammunition with a range of up to nearly 3,000 feet (900 m) and capable of piercing armor or an airburst. The SSW40 also works with the medium velocity (MV) ammunition developed by Rheinmetall. The press release added that this includes warheads with capabilities of creating illumination/ fog, sound, and flash, door breaching, anti-tank, and high explosive fragmentation.

Rheinmetall is confident that these ammunitions will be available by 2023, and the SSW40 will be effective even against medium-weight armored vehicles. In case of an asymmetric conflict, the magazine on the weapon can be quickly changed and used for near-peer conflict as well.

The SSW40 is designed keeping in mind the inclusion of add-ons such as laser light modules, fire control sights, and infrared programmers for aerial ammunition.