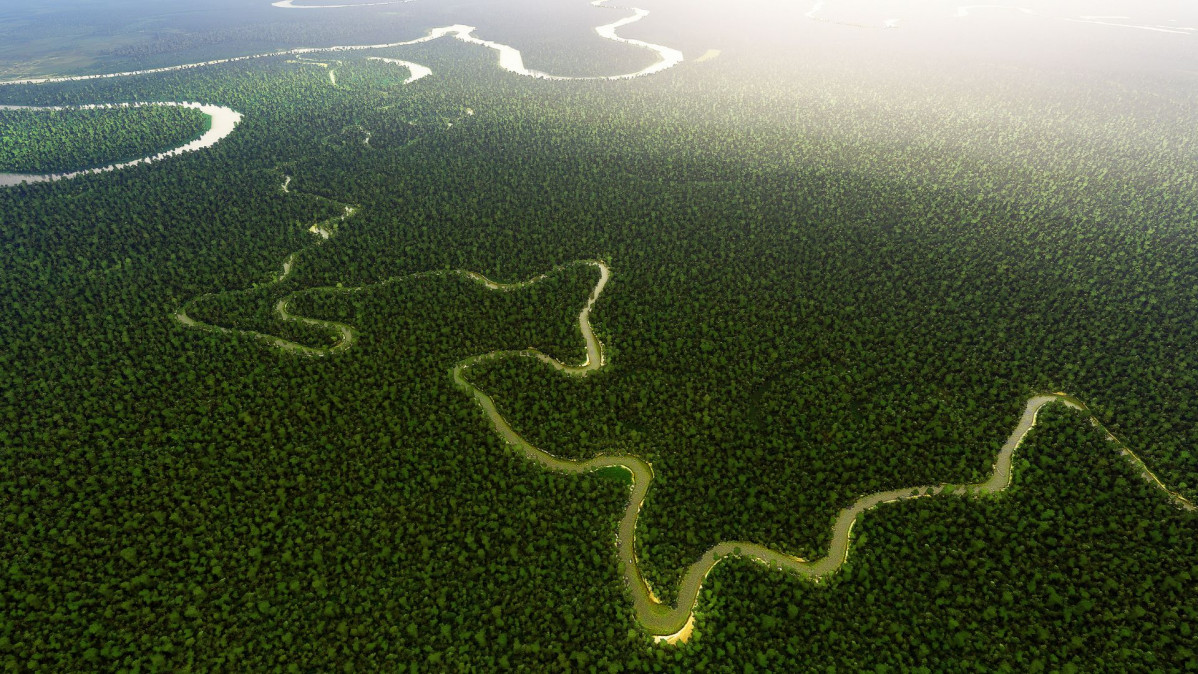 In the southwest corner of the Amazon jungle, a team of scientists uncovered evidence of ancient ruins of eleven previously unknown settlements decorated with vast pyramids and canals, according to a study published in the journal Nature.

Thanks to millions of lasers fired from a helicopter flying over the dense Amazon basin, the discovery was made.

The researchers reported that the previously unknown settlements were created by a pre-Hispanic civilization, ending a scientific debate and archaeological dogma about whether the location could support a large population.

Ancient settlements in the Amazon

The research has revealed that ancient Amazonians built and lived in densely populated towns with 22-meter-tall clay pyramids surrounded by kilometers of elevated pathways. This was about 1,500 years ago.

In total, the researchers uncovered two new big settlement sites named Cotoca and Landvar and 24 minor sites, 15 of which were previously unknown. According to their research, the villages date from around 500 CE to 1400 CE, when this section of the Bolivian Amazon was home to the Casarabe civilization. And the complexity of the previously unknown settlements is apparently “mind-blowing”, according to team researcher Heiko Prümers, an archaeologist at the German Archaeological Institute.

As the “first clear evidence” that there were urban communities in this region of the Amazon Basin, per the researchers, this adds to a growing body of studies demonstrating that the Amazon was home to advanced societies long before Europeans arrived.

This is crucial since the Amazon was long thought to be a wilderness until Europeans arrived. Scientists came up with the idea after concluding that the rainforest was too wild and thick to host large-scale human settlements.

This notion, however, has been extensively questioned as a result of recent significant findings demonstrating that the rainforest was once bustling with networks of intricate communities.

Archeologists’ relationship with LIDAR goes back to the 2010s. This remote-sensing technology utilizes lasers to produce a 3D representation of the ground below, which is why it’s an essential tool for archeologists whose job is to unearth civilizations that have been buried below.

“As with other tropical regions, the application of archaeological Lidar to the Amazon has launched a transformative process of discovery, documentation and reworking of assumptions held for decades regarding the nature of ancient societies,” said Chris Fisher, an archaeologist who was not directly involved with the study, in an accompanying article.

The latest study took advantage of the technology to undertake a considerable effort that “would have taken 400 years to survey by conventional means”, according to Prümers.

The LIDAR pictures revealed walled enclosures with large terraces that rose six meters above ground, with conical pyramids built of earth standing at one end of the terraces. The researchers think that the people most likely resided in the terraces’ regions and traveled along the causeways that linked the sites.

“[This] work is the opening salvo of an Amazonian new orthodoxy that challenges the current understanding of Amazonian prehistory and fundamentally enriches our knowledge of tropical civilizations,” Fisher wrote.