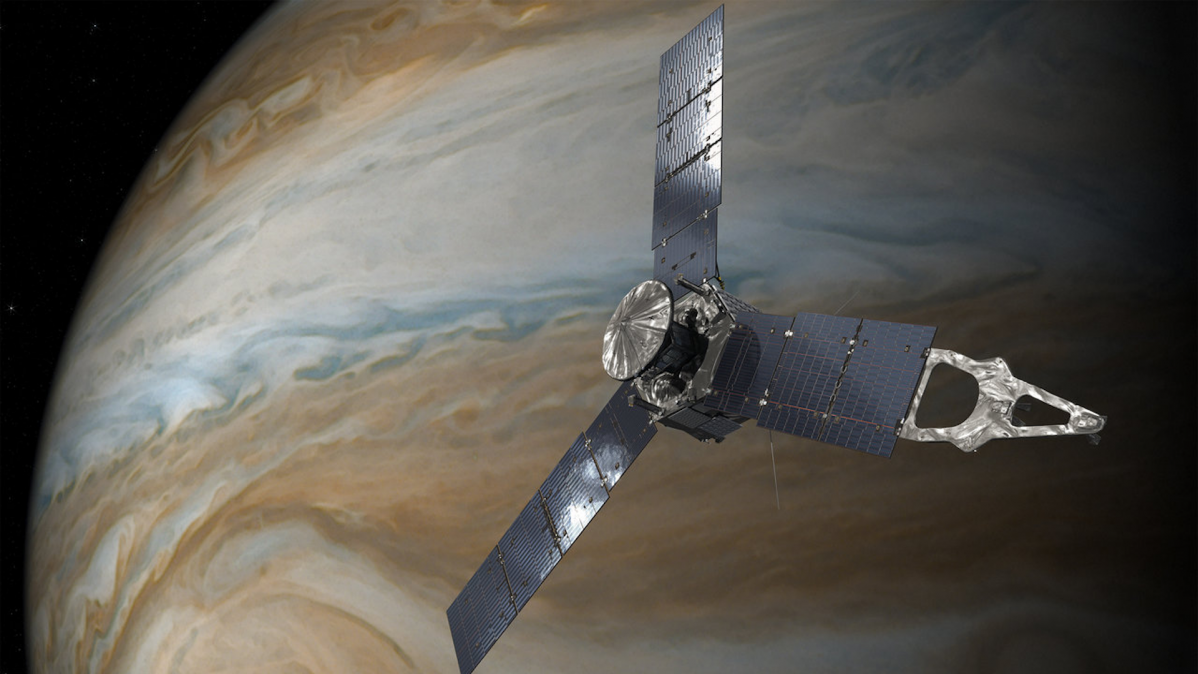 Jupiter became the massive behemoth it is today by eating baby planets, a report from LiveScience reveals.

The findings come from the first clear observation of the chemistry below the gas giant’s cloudy outer atmosphere.

Though observations have revealed a great deal about the clouds whirling on Jupiter’s outer surface, relatively little is known about the inner workings of the massive planet.

A new study provides unprecedented insight into the solar system’s largest planet, which is so large, it acts as a gravitational shield for Earth against asteroids.

Jupiter has a lot more going on under the surface than you might think. The new study, published in Astronomy and Astrophysics, shows how scientists were able to peer under the gas giant’s surface using gravitational data collected by NASA’s Juno space probe.

NASA’s Juno spacecraft also recently allowed scientists to measure Jupiter’s great red spot, showing it has a depth of between 186 and 310 miles (300 to 500 km).

Using the Juno data, the scientists were able to map out the rocky material in Jupiter’s core thanks to these observations, revealing a surprisingly high amount of heavy elements, as explained in their study. The analysis of the chemical composition of Jupiter’s rocky core suggests it demolished and ate planetesimals, baby planets, to accelerate its own growth.

When it was first forming, Jupiter’s gravity pulled in more and more rocks to the point that its rocky core was so massive it also started to pull in large amounts of gas from large distances — mainly hydrogen and helium left over from the sun’s birth — to form its swirling outer layers.

The new findings lend weight to the theory that Jupiter was formed by absorbing planetesimals — large space rocks that could have otherwise evolved into Earth or Mars-like planets.

The team behind the new study developed computer models of Jupiter’s inner layers using a combination of data collected primarily by Juno and its predecessor Galileo. They detected heavy elements via their stronger gravitational force than the surrounding gaseous atmosphere.

The gravitational data allowed them to map out slight variations in the planet’s gravity, helping them to ascertain where the rocky material is located and how it is distributed under Jupiter’s outer surface.

“Juno provided very accurate gravity data that helped us to constrain the distribution of the material in Jupiter’s interior,” lead researcher Yamila Miguel, an astrophysicist at Leiden University in The Netherlands, explained in an interview with LiveScience. “It is very unique data that we can only get with a spacecraft orbiting around the planet.”

The team’s findings showed that Jupiter’s core contains the equivalent of between 11 and 30 Earth masses of heavy elements, making up roughly 3 to 9 percent of the gas giant’s mass. This is much more than expected, and it points to an early history of Jupiter gobbling up baby planets to become the giant it is today. Much like that entire galaxies are cannibals; it turns out that the biggest planet in our solar system got where it is today by devouring massive space rocks during its early formation.