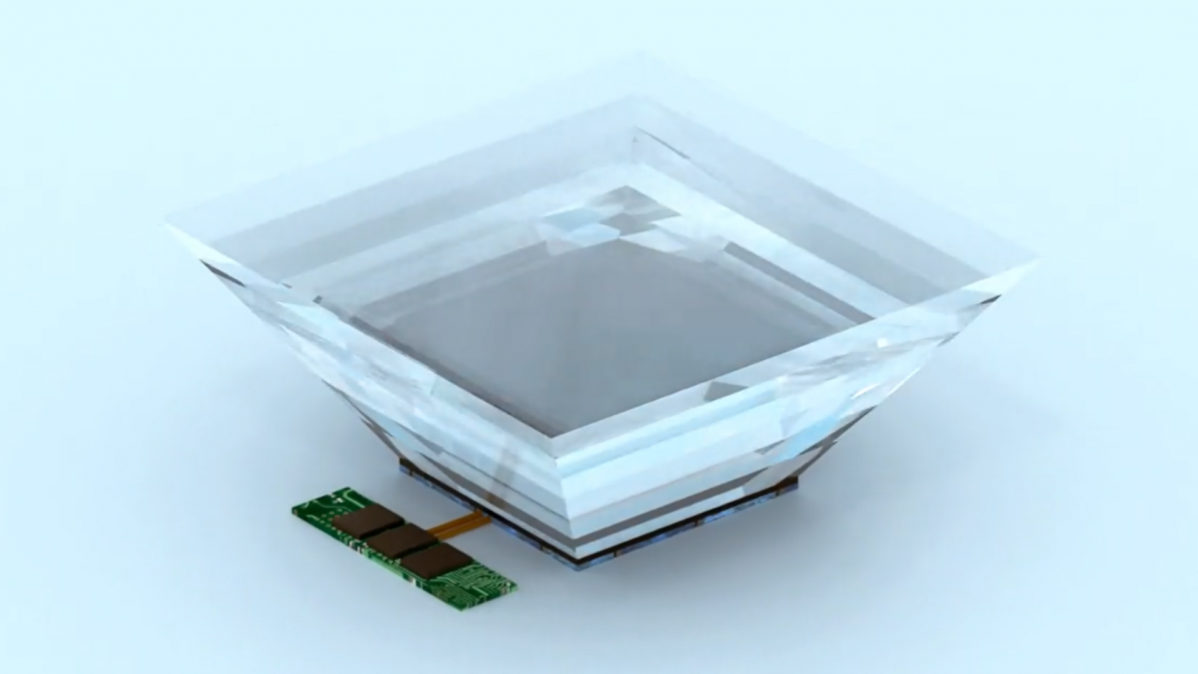 A university press release said that researchers at Stanford University had developed a new optical concentrator that can channel even diffused light onto a fixed position, thereby increasing the power generation capacity of solar panels.

Photovoltaic cells work best when sunlight is incident directly on them. To make the most of sunlight available during the day, scientists have relied on solar tracking to move panels in sync with the Sun as its travels across the sky. However, installing these systems increases the cost of deploying solar panels, which is a significant obstacle to their wide-scale adoption.

A possible solution to this problem would be to install a magnifying glass above the panels that could concentrate the sunlight to a single point. But the traveling Sun would result in the concentrated spot also moving across panels, complicating the solar panel design again.

The Stanford solution to the problem

Researcher Nina Vaidya at Stanford University engineered an elegant device that can concentrate light that falls on it from any angle and at any frequency and then direct it to a single point on the panel.

The device is called Axially Graded Index Lens (AGILE) but looks nothing more spectacular than a glass pyramid in an inverted position. “It’s a completely passive system – it doesn’t need energy to track the source or have any moving parts,” said Vaidya in the press release. “Without optical focus that moves positions or the need for tracking systems, concentrating light becomes much simpler.”

Working with her doctoral supervisor, Olav Solgaard, Vaidya theorized that an engineered material with a smoothly increased refractive index could bend incoming light and direct it to a single point. The refractive index is a measurement of how quickly light travels through a material. In Vaidya’s theorized device, the light would hardly bend at the surface, but as it traveled through, the device would bend till it became almost vertical.

The researchers experimented with a lot of materials, including glass and polymers, to make their device with a graded refractive index. The prototypes also had mirrors on their sides so that any light that would escape would be sent right back. Using a mix of materials also had the disadvantage that they could expand differently under heat, leading to cracks in the device.

In the prototypes built and tested, the researchers captured 90 percent of the light that hit the AGILE surface and created spots that were three times brighter than the incident light. The lens also works with a broad spectrum of light ranging from ultraviolet to infrared, as well as light diffused due to changes in the weather or atmospheric conditions.

A layer of AGILE installed on top of solar panels could not only help in the removal of protective layers that are currently used but also create space for cooling and circuits between the inverted pyramids, the press release added. With the surface area needed for power generation reduced, the solar panels could become smaller, reducing production costs.

The research findings were published in the journal Microsystems and Nanoengineering.

Immersion optics enable creation of systems with improved optical concentration and coupling by taking advantage of the fact that the luminance of light is proportional to the square of the refractive index in a lossless optical system. Immersion graded index optical concentrators, that do not need to track the source, are described in terms of theory, simulations, and experiments. We introduce a generalized design guide equation which follows the Pareto function and can be used to create various immersion graded index optics depending on the application requirements of concentration, refractive index, height, and efficiency. We present glass and polymer fabrication techniques for creating broadband transparent graded index materials with large refractive index ranges, (refractive index ratio)2 of ~2, going many fold beyond what is seen in nature or the optics industry. The prototypes demonstrate 3x optical concentration with over 90% efficiency. We report via functional prototypes that graded-index-lens concentrators perform close to the theoretical maximum limit and we introduce simple, inexpensive, design-flexible, and scalable fabrication techniques for their implementation.