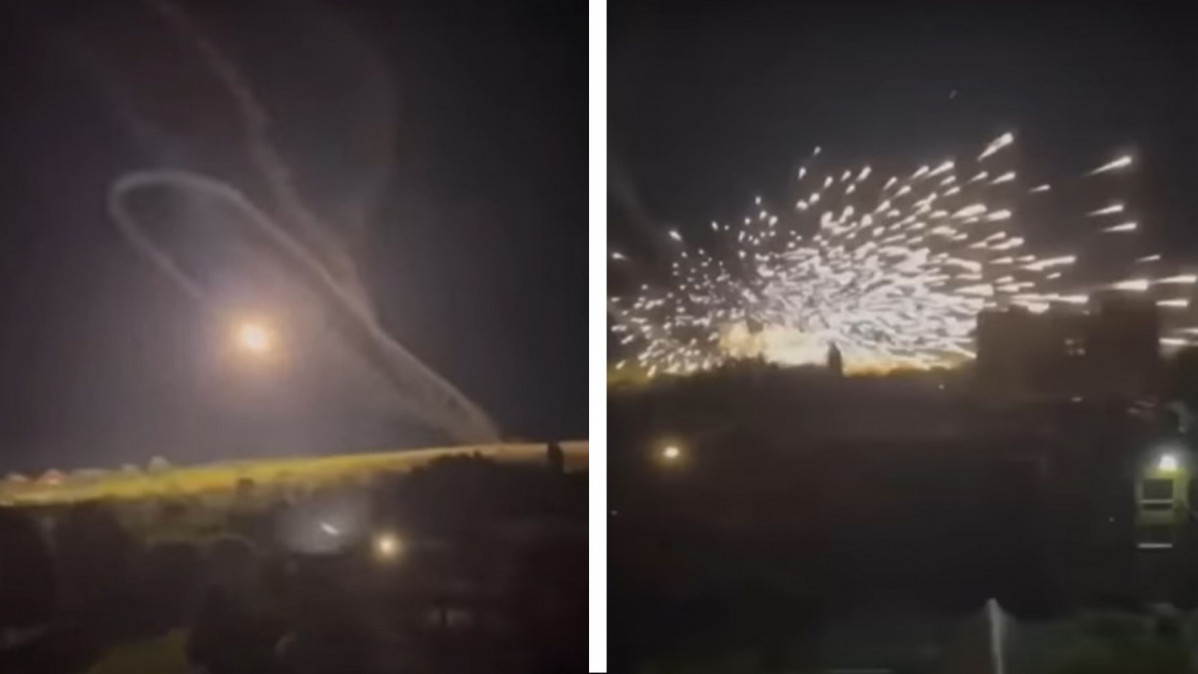 A video has surfaced of an alleged Russian air defense missile turning 180 degrees in the air to land and explode into almost the exact location from where it was launched. The missile is believed to have been launched in the Luhansk region.

Furthermore, it is estimated that the clip was filmed in the early hours of Friday morning near the town of Alchevsk, about 55 miles south of Severodonetsk. This is a location of intense fighting.

So far, rumors have circulated that the air defense missile system was possibly an S300 and was launched by Ukrainian pro-Russian separatists from the breakaway Luhansk People’s Republic.

No reason provided for the malfunction

No reason has been given for the malfunction, and no official report has surfaced of the event. However, the video does show the missile ending in an explosion resulting in a bright cascade of sparks, thought to be caused by the missile’s fuel not having been spent on its flight and therefore exploding on contact.

Quoting the Russian defense ministry, the Russian state-run news agency Interfax revealed that an IL-76 military transport plane crashed near the city of Ryazan after trying to undertake an emergency landing due to an engine malfunction while on a training flight. The ministry added that the plane “partially collapsed” while landing.

The video also comes just one day after another impressive clip surfaced of an alleged Ukrainian drone hitting an oil refinery miles from the Ukrainian border. It is not clear who captured this video, and Reuters reported that it has not been able to independently verify the footage.

The conflict between Ukraine and Russia has now entered its fifth month, and it appears that Ukraine has gone on the offensive. Although Ukraine has relied heavily on drones in its warfare, it has done so to negate Russian advances on its own territory, such as taking down tanks or hitting supply lines.

For Ukraine, the highest quantity of military systems and other aid has come from the United States. The western nation recently revealed it would be sending another $450 million in fresh armaments, including four HIMARS rocket systems that can simultaneously launch multiple-precision missiles at an extended range of 50 miles.

These new weapons may provide a capability that Ukraine is lacking in the war located around Severodonetsk and Lysychansk in the east. Will they be enough to make a difference and allow the nation to defend its territory? Only time will tell.