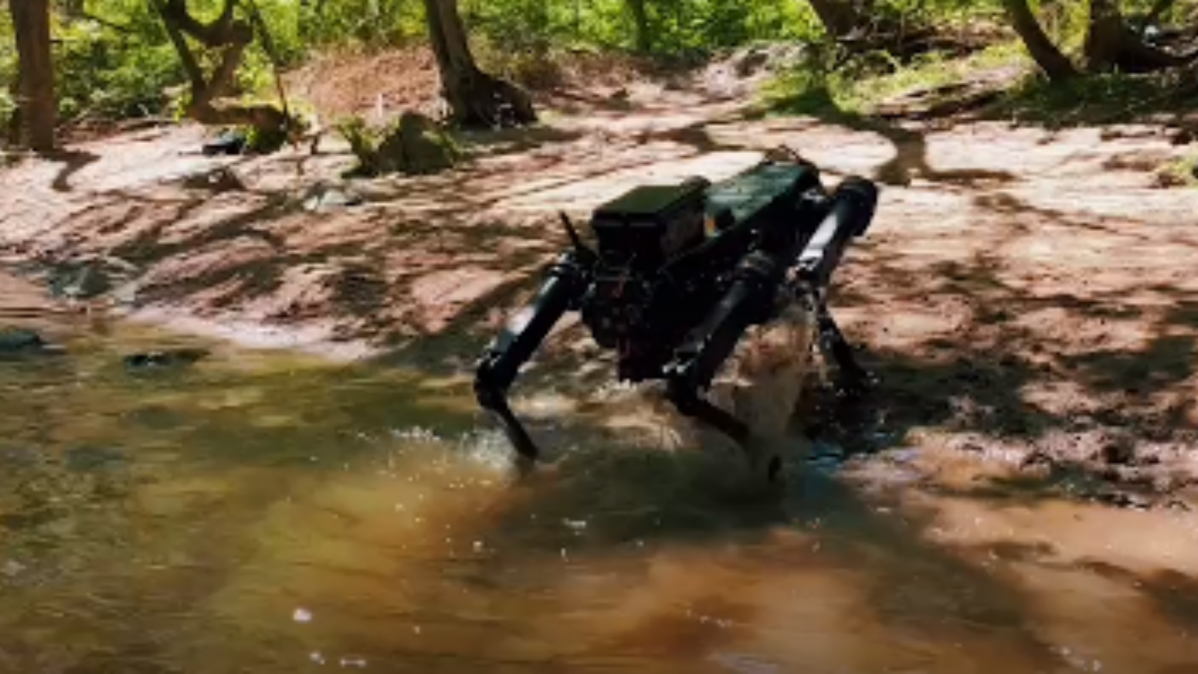 The ‘robot dogs’ used by the U.S. military to patrol its territories will soon have a new capability of swimming in the water, making them more like the real-world dogs they are mimicking. What’s more, this capability can be added to robot dogs that are already in service with a simple modification, Popular Science reported.

Unless you have been living under a rock, you have definitely seen Spot, the quadrupedal robotic dog walking around shop floors or climbing up the stairs with a human companion. While Spot’s deployment has been in civilian spaces, Philadelphia-based Ghost Robotics deploys the technology for military applications.

Their robotic dog, Vision 60, already has a mission to patrol the Tyndall Air Force base, which it has been doing for almost two years now. Although powered by batteries, Vision 60, as seen in the clip above, clearly has no problems in shallow waters.

Can the robot dog swim in deep water?

Check out our Vision 60 swimming! Thanks to the talented team at Onyx Industries for creating the Nautical Autonomous Unmanned Tail (NAUT) for us. #defensetechnology #robotics #ugv #teamwork pic.twitter.com/B1Ek4y7fq3

The credit for the upgrade goes to Onyx Industries for making a simple ‘tail-kit,’ which a bot already in service can also be equipped with. According to The War Zone, this add-on can move Vision 60 at a top speed of three knots and keep it swimming for up to 35 minutes.

While this might not seem like much, it is pertinent to remember that the Vision 60 was not designed to be an underwater drone, and swimming wasn’t a capability it had previously had. Onyx’s NAUT adds this new ability, working with what the robot has or shutting off what it does not need.

As can be seen in the video above, the legs of the robot are neatly tucked under its body since they are excessive to the swimming activity. Instead, NAUT uses a water jet for its propulsion, making it versatile in a wide range of water-based scenarios.

Vision 60 comes with an IP67 rating, so even with NAUT, it should be able to tread waters no more than three feet deep.

What are the potential applications?

Last year, Ghost Robotics unveiled a version of Vision 60, which was equipped with a sniper rifle. With NAUT, Vision 60 won’t be near as deadly, but that won’t stop it from being effective.

Since Vision 60 can be remotely piloted, its newfound ability to swim can help a military unit scout a landmass safely across a river or lake from the other end. The water body itself may be riddled with mines, and an amphibious robot could very well be able to figure out a safe path without putting any lives in danger.

Even in the case of a natural disaster, like a flood, an amphibious robot dog could be deployed to scan areas that remain out of reach.