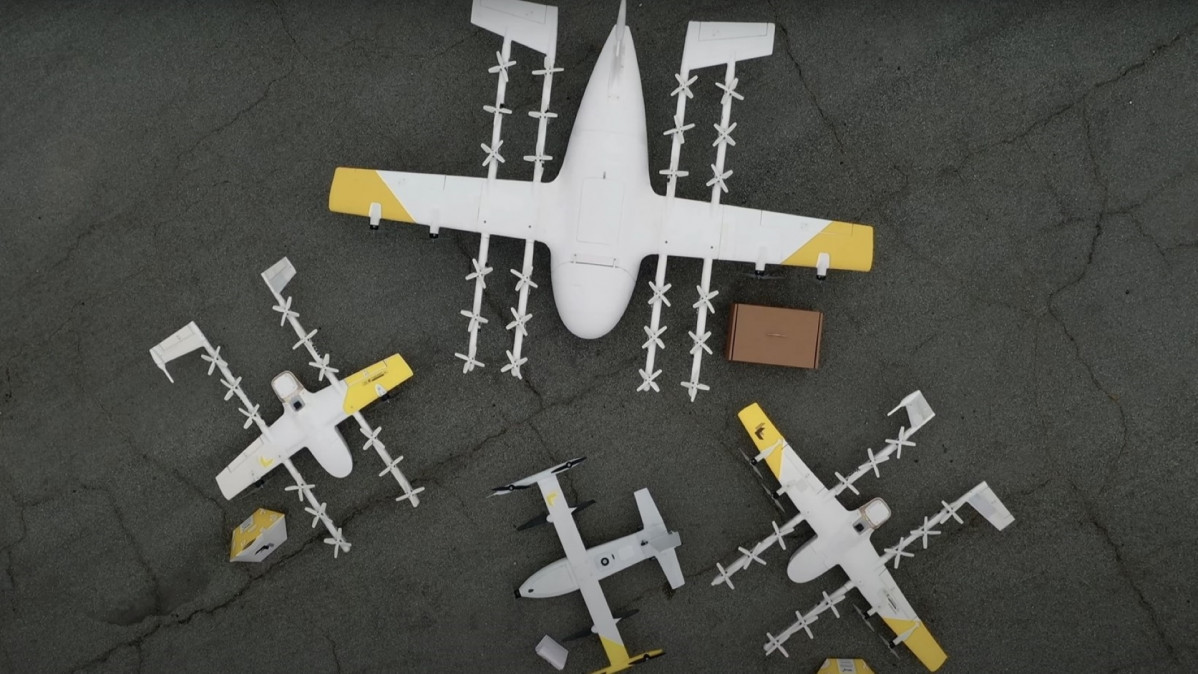 Alphabet subsidiary Wing has unveiled its drones of different sizes to cater to all kinds of payload needs, according to a blog on the company’s site written by Adam Woodworth, Wing’s new CEO, and published on Thursday.

Moving a variety of packages through the sky

“Here at Wing, we spend a lot of time thinking about how to move packages through the sky. Solving the problem of on-demand delivery will always require a variety of vehicles. Just as the ideal vehicle for carrying a ton of gravel would be a dump truck rather than a sedan, the ideal aircraft to carry a bottle of medication is not the same as the best one to deliver a gallon of milk, and neither is suited to deliver a refrigerator,” writes the executive.

One criterion that should always be followed when engineering new delivery drones is that cargo should be about 25 percent of the mass of the plane. Meanwhile, the new vehicle designs draw from sets of common avionics, propulsion system elements, and materials.

“This allows us to rapidly evolve aircraft configurations from a proven foundation and tailor them to a broad range of uses from delivery of food, medicine, and other goods, to supply chain optimization and emergency response,” explained Woodworth.

Today, drones have weight constraints, so they can’t be used to deliver everything. At the moment, the heaviest package a drone can carry is 6 lbs (2.7 kg), which prevents companies from completing large orders.

Wing does not specify whether it would tackle this particular issue, but the firm does mention it would handle “big boxes.”

“In some cases, we’re addressing a particular challenging aerodynamics riddle, and in others a packaging puzzle of how to integrate a big box into a not-so-big plane. Since these concept designs are intended to leverage the core elements from our operational system, we can focus the new design work on a shorter list of new and unique tasks, knowing that the brain of the system remains the same,” Woodworth said.

“We can have tiny planes for pharmaceutical delivery, big planes for shipping fulfillment, long-range aircraft for logistic flights, and dedicated hovering platforms for delivery in cities.”

In August of 2021, the firm reached a crucial milestone in drone delivery. It had made 100,000 deliveries, thanks to the popularity it had found in Australia’s suburbs.

More specifically, Wing had delivered 10,000 cups of coffee, 1,700 snack packs, and 1,200 roast chickens to consumers in Logan, Australia, during the previous year. Now, it’s bound to deliver many more payloads with its new variety of drones tackling a wide range of cargo. Could this be the new future of drone delivery?