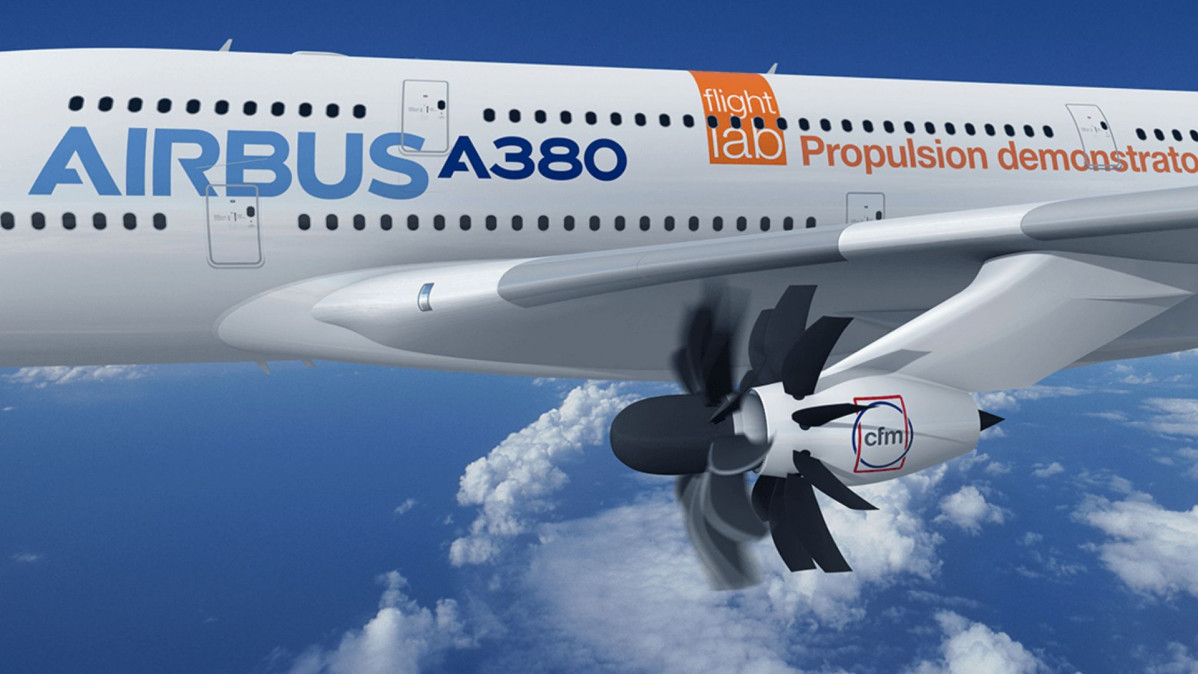 We all know that aviation is one of the most CO2 emitting industries, and there are various efforts to reduce the industry’s emissions or reduce them to zero.

As the latest part of these efforts, Airbus and CFM International are collaborating to flight test CFM’s novel open fan engine architecture, which looks like an old propeller engine but is able to increase the engine capacity while reducing CO2 emissions.

CFM International’s efforts to develop an open-fan turbine engine concept are a part of its Revolutionary Innovation for Sustainable Engine (RISE) program.

Following extensive ground testing, a double-decker Airbus A380, the world’s largest commercial airliner, will be used to mature and accelerate the development of open fan engines.

This collaboration with CFM complements the work being carried out to evaluate concepts and mature technologies for Airbus’ zero-emission ambition by 2035.

“New propulsion technologies will play an important role in achieving aviation’s net-zero objectives, along with new aircraft designs and sustainable energy sources,” said Sabine Klauke, Airbus Chief Technical Officer. “By evaluating, maturing, and validating open fan engine architecture using a dedicated flight test demonstrator, we are collaboratively making yet another significant contribution to the advancement of technology bricks that will enable us to reach our industry-wide decarbonization targets.”

Airbus and CFM, along with parent companies GE and Safran, share the ambition of fulfilling the promise they made in signing the Air Transport Action Group goal in October 2021 to achieve aviation industry net-zero carbon emissions by 2050 by developing and testing the technology necessary to make zero-emissions aircraft a reality within the ambitious timeline defined.

“The CFM RISE Program is all about pushing the technology envelope, redefining the art of the possible, and helping to achieve more sustainable long-term growth for our industry,” said Gaël Méheust, President and CEO of CFM International. “CFM, its parent companies, and Airbus all share the same vision and commitment for the future; the open fan flight test demonstration program is an exciting next step toward achieving the industry’s net-zero goals.”

It is nice to see that one of the most CO2-emitting industries in the world is trying hard for the world.