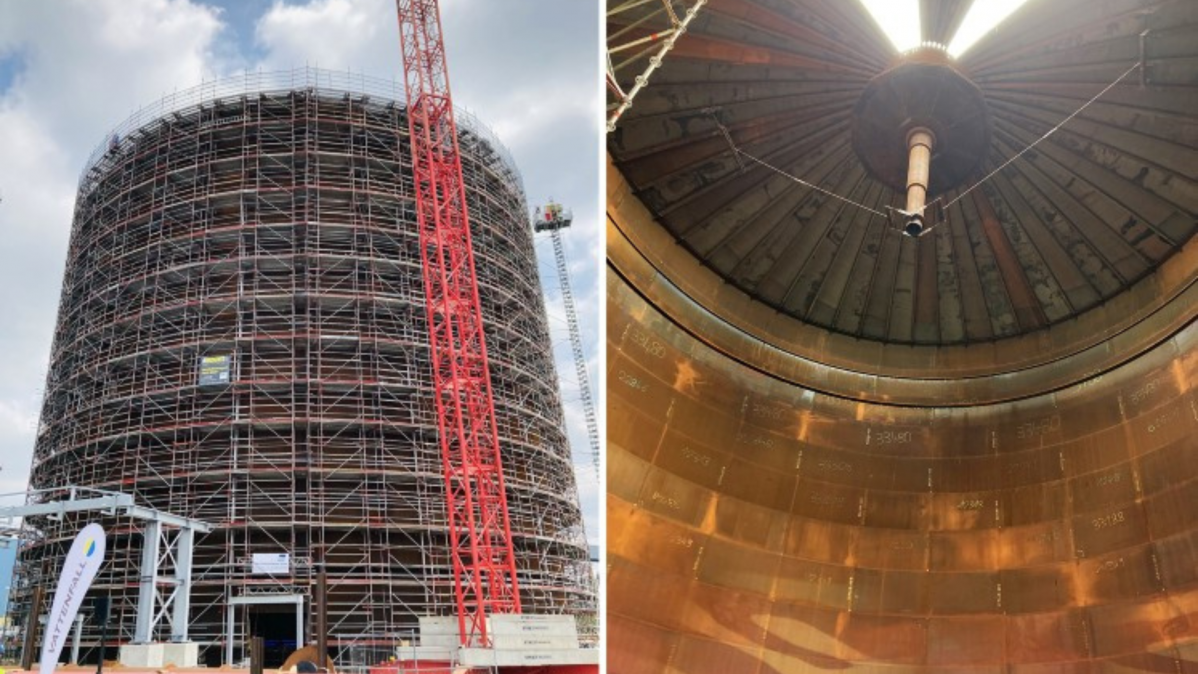 A massive steel tower in Berlin, Germany, will serve a similar purpose to a coffee thermos flask this upcoming winter, a report from AP News reveals.

The tower, located on an industrial site near the banks of Berlin’s Spree River, will provide heat to homes using a similar method to thermos flasks. It’s roughly 150 feet (45 meters) tall and holds 14.8 million gallons (56 million liters) of hot water.

The new facility was unveiled this week, Thursday, June 30, at Vattenfall’s Reuter power station. It will be Europe’s largest heat storage facility once it’s completed at the end of the year. It’s worth noting that a bigger version is already planned for construction in the Netherlands.

According to the developer of the tower, utility company Vattenfall, it will heat Berlin homes this winter even if Russia cuts off gas supplies due to Western sanctions following its invasion of Ukraine.

“It’s a huge thermos that helps us to store the heat when we don’t need it,” said Tanja Wielgoss, who heads the Sweden-based company’s heat unit in Germany. “And then we can release it when we need to use it.”

“Sometimes you have an abundance of electricity in the grids that you cannot use anymore, and then you need to turn off the wind turbines,” she continued. “Where we are standing we can take in this electricity.”

The facility cost taxpayers 50 million euros ($52 million), and it will have a thermal capacity of 200 megawatts. The tank can keep water insulated for up to 13 hours and can meet most of Berlin’s hot water needs during the summer. During winter, though, it will meet roughly 10 percent of Berlin’s hot water requirements.

The Berlin tower will have the double benefit of reducing reliance on Russian gas supplies and also reducing emissions used to heat water when needed. The facility holds water brought to close to boiling temperature by electricity from German solar and wind power plants. When renewable energy exceeds demand, it can go towards heating the tower.

“Due to its geographic location, the Berlin region is even more dependent on Russian fossil fuels than other parts of Germany,” Belin’s top climate official, Bettina Jarasch, told AP News in an interview. “That’s why we’re really in a hurry here. The war in Ukraine and the energy crisis teach us that we need to be faster. First of all, to become climate neutral, and secondly, to become independent (of energy imports).”

District heating systems fueled by coal and gas typically burn as much fossil fuel as required to meet their targets, contributing to the carbon emissions causing climate change. Other companies are working on smaller renewable energy storage technologies using phase-changing materials, but Berlin’s new heat tower, and the Netherlands’ own in-the-works version, could help reduce emissions on a massive scale.