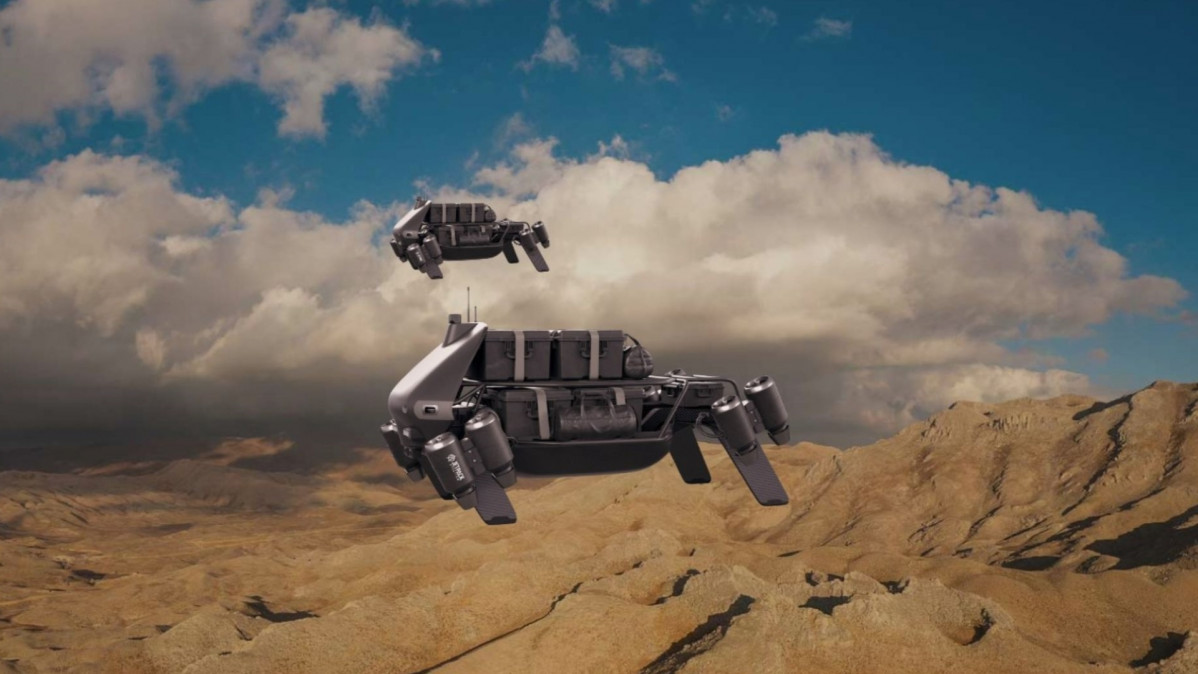 A flight-ready prototype of Mayman Aerospace’s P2 Speeder Air Utility Vehicle has been revealed at the Draper Venture Network CEO Summit in California.

Jetpack Aviation Corporation’s new startup Mayman Aerospace, has been established to develop micro VTOL P2 Speeders to be utilized in a range of applications.

“We launched JetPack Aviation a decade ago, and the name has served the development of our JetPack technology well, but as we look to the future, we needed a brand that clearly defines our professional, as opposed to consumer, P2 Speeder product and markets,’ said CEO and founder of JetPack Aviation David Mayman.

There are currently hundreds of EVTOL (electric vertical take-off and landing) aircraft in development, but what makes the P2 Speeder distinguishable is instead of being powered by batteries and electric engines, it has eight jet engines, which run on regular Zero Net Carbon or Sustainable Aviation Fuel (SAF).

The carbon fiber body aircraft is about the size of a motorbike that offers an ergonomic pilot position designed for aerodynamic performance to maximize flight efficiency.

The aircraft features a modular design and can also be configured for autonomous or remotely-piloted flight. While P2 Speeder is aimed to be utilized in search and rescue, law enforcement, and military applications as a small VTOL personal aircraft, both configurations would expand its potential applications.

Pushing the limits of VTOL flight

“If you want to carry a certain payload, and you want that aircraft to have a certain range, and certain speed, the only way to do that with current technology is, with turbine engines,” Mayman told BBC in March.

P2 Speeder controls the angle of its jet turbines by an onboard electronic flight control system, which instantly rebalances engine thrust in the event of a balance loss.

“It’s effectively AI (artificial intelligence) – if you want to call it that – that understands what the vehicle is going to need… so it can start instructing the engines to be spooling up or spooling down,” explained Mayman.

“Mayman Aerospace is pushing the outer limits of VTOL flight and will continue to innovate and incorporate new technologies including hydrogen-powered turbine engines, electric fanjets, and turbofan propulsion, complex ‘sense and avoid’ sensors for autonomous swarming, and potentially even supersonic flight” he continued.

Mayman Aerospace is currently working with the FAA to get the aircraft certified. The company is also in advanced discussions with potential customers from various sectors.

We can’t wait to see this unorthodox aircraft in the skies.