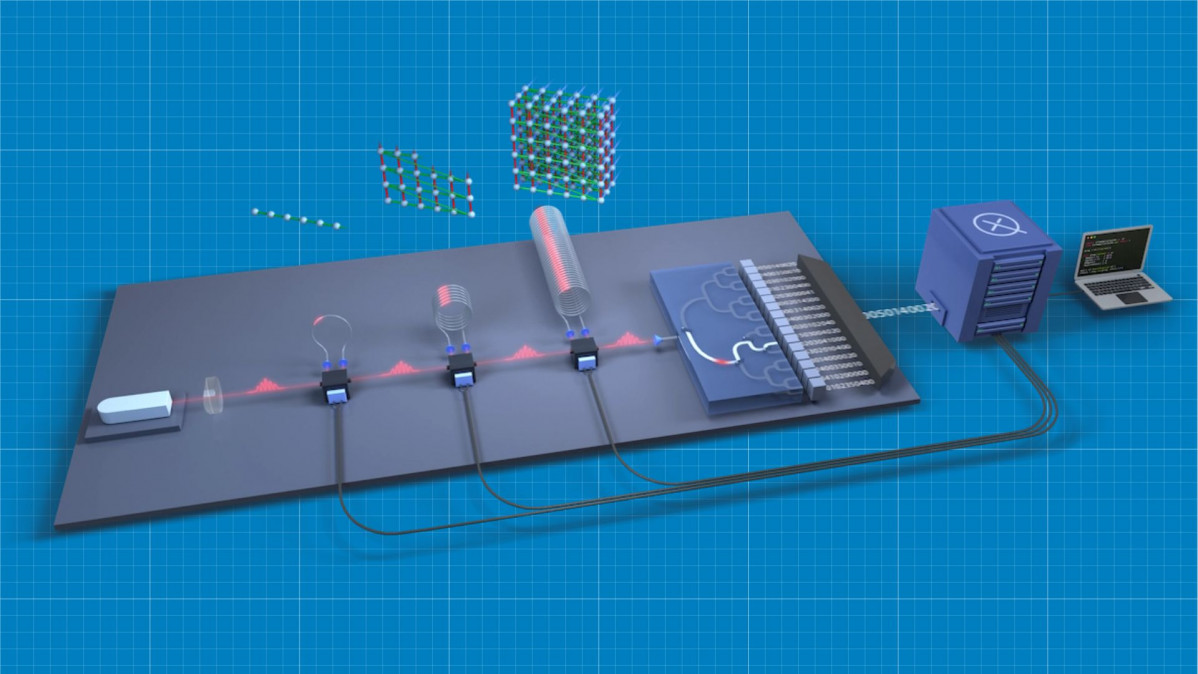 Quantum computer breakthroughs seem to happen all the time, but still, the technology has not seen widespread use.

Now, Canadian firm Xanadu Quantum Technologies has achieved an impressive breakthrough with a new device that can outperform any supercomputer in the world at one particular task, according to an article by The Globe and Mail published on Wednesday.

Xanadu has engineered a quantum computer named Borealis that has achieved “quantum advantage,” providing a speedy result that goes beyond the current ability of traditional computer systems. This result was the delivery of a series of numbers with a specified range of probability in just 36 millionths of a second

For comparison, this task would take the world’s most powerful supercomputers available today more than 9,000 years to complete.

“That’s what we think is really great about this,” Christian Weedbrook, Xanadu’s founder and chief executive officer, told The Globe and Mail. “A lot of those breakthroughs are what we need in order to get to a quantum computer that is useful to customers.”

The most important part of this breakthrough is that it indicates that the industry is on a path toward universal quantum computing.

Last January,  researchers from the University of South Wales (UNSW) took a huge step to proving that near error-free quantum computing is possible by providing a device that undertook operations that were 99 percent error-free.

Second, engineers from Stanford University demonstrated a new, simpler yet more advanced design for a quantum computer that could help practical versions of the machine finally become a reality. The new design saw a single atom entangle with a series of photons, allowing it to process and store more information, as well as run at room temperature.

What does all this mean?

Quantum computing could soon be coming to our homes and offices.

Barry Sanders, director of the Institute for Quantum Science and Technology at the University of Calgary, who was not affiliated with Xanadu, told The Globe and Mail that this latest development is significant.

Xanadu uses an approach known as photonics that boasts the key advantage of engineering a device that can operate at room temperature. But it’s not yet ready for operations. Engineers calculate that it will take at least one million qubits to produce a quantum computer that is commercially relevant. Still, the development is a step forward that simply cannot be ignored.

The study was published in the Nature journal.

A quantum computer attains computational advantage when outperforming the best classical computers running the best-known algorithms on well-defined tasks. No photonic machine offering programmability over all its quantum gates has demonstrated quantum computational advantage: previous machines1,2 were largely restricted to static gate sequences. Earlier photonic demonstrations were also vulnerable to spoofing3, in which classical heuristics produce samples, without direct simulation, lying closer to the ideal distribution than do samples from the quantum hardware. Here we report quantum computational advantage using Borealis, a photonic processor offering dynamic programmability on all gates implemented. We carry out Gaussian boson sampling4 (GBS) on 216 squeezed modes entangled with three-dimensional connectivity5, using a time-multiplexed and photon-number-resolving architecture. On average, it would take more than 9,000 years for the best available algorithms and supercomputers to produce, using exact methods, a single sample from the programmed distribution, whereas Borealis requires only 36 μs. This runtime advantage is over 50 million times as extreme as that reported from earlier photonic machines. Ours constitutes a very large GBS experiment, registering events with up to 219 photons and a mean photon number of 125. This work is a critical milestone on the path to a practical quantum computer, validating key technological features of photonics as a platform for this goal.