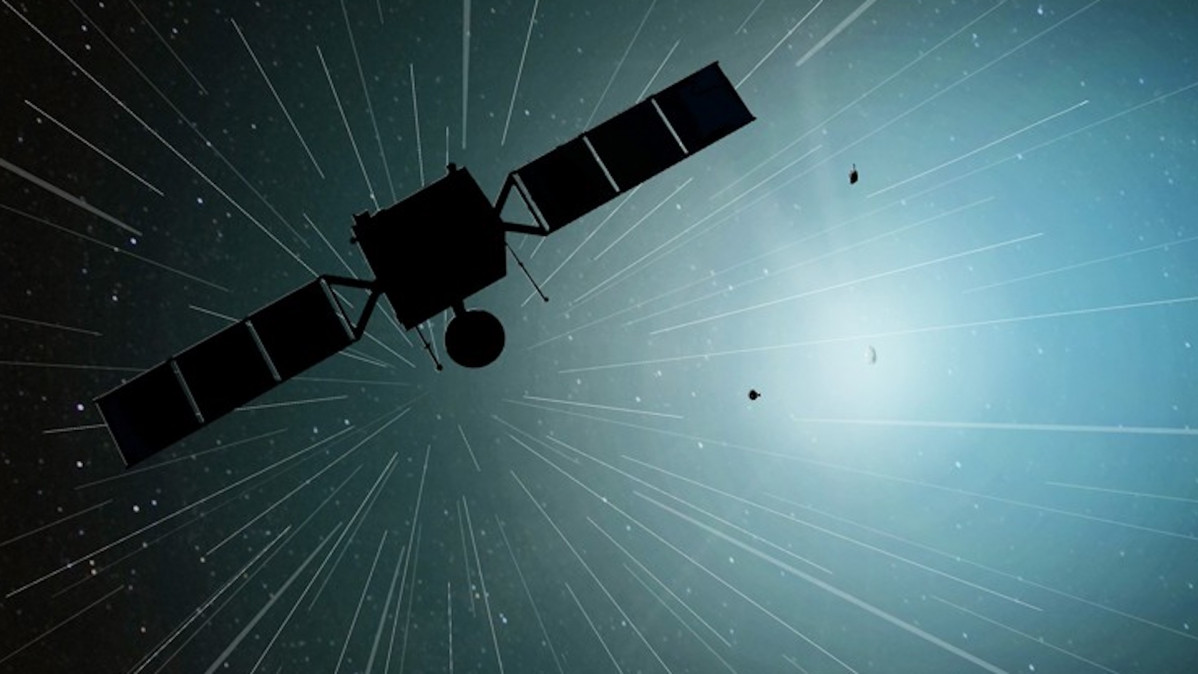 The European Space Agency (ESA) approved a new mission, called Comet Interceptor, which will camp out in space waiting for an as-yet-unidentified target to appear.

The mission will park the probe out in space where it will await an object from the outer Solar System, or even from another star system, a report from Nature reveals.

The Comet Interceptor space probe could provide the first relatively close-up glimpse of material from far beyond the Sun’s reach. If it intercepts an interstellar space rock, like the ‘Oumuamua comet discovered in 2017, it could even reveal the chemical composition of alien worlds.

The probe will be designed to remain parked in space, ready to fly to a new target at short notice. The nature of the Comet Interceptor mission means that success isn’t guaranteed, though the team behind it says potential rewards could massively outweigh the risk involved.

The mission, first proposed in 2019, is set to launch in 2028 alongside a new telescope called Ariel, which was designed to study the atmospheres of exoplanets. Both of these will travel to the second Lagrange point (L2), roughly 1.5 million kilometers from Earth. It is a region of gravitational stability and the same spot NASA sent the James Webb Space Telescope.

Once there, Comet Interceptor will remain floating in space, while scientists on Earth keep a lookout for suitable targets. Though no specific target will be identified prior to launch, the mission will aim to target a pristine comet, known as a long-period comet, which is on a wide orbit of hundreds of years. This type of comet could have originated in the Oort Cloud, a vast region of icy objects in the outer Solar System.

The Comet Interceptor mission will launch a main spacecraft and two smaller probes, one of which will be developed by the Japanese Space Agency (JAXA). Now that the mission is approved, ESA will choose a prime contractor to develop the main spacecraft out of either Thales Alenia Space in the United Kingdom or OHB Italia.

The main spacecraft will use its thrusters to fly past the target comet at a distance of approximately 1,000 kilometers, while the smaller probes will get as close as 400 kilometers from the comet’s surface. This will allow the probe to provide observations and data that could not be achieved by telescopes on Earth.

What’s more, as Michael Kueppers at ESA in Madrid, Comet Interceptor’s project scientist, put it, the mission will provide “a message in a bottle from the formation period.” It will be the first mission to provide close-up observations of material formed at the dawn of the Solar System, 4.5 billion years ago.

Or, if it picks up an interstellar object, it could provide a glimpse at something even older and all the more mysterious. “The interstellar-object aspect is extremely exciting,” planetary scientist Geraint Jones at University College London, who led the team that proposed the mission to ESA, told Nature. “The chances of finding a suitable interstellar target are small. But we’ll be keeping an eye out.”

One fascinating point of reference, of course, is the interstellar object ‘Oumuamua, which one prominent Harvard professor believes to have been an alien spacecraft.