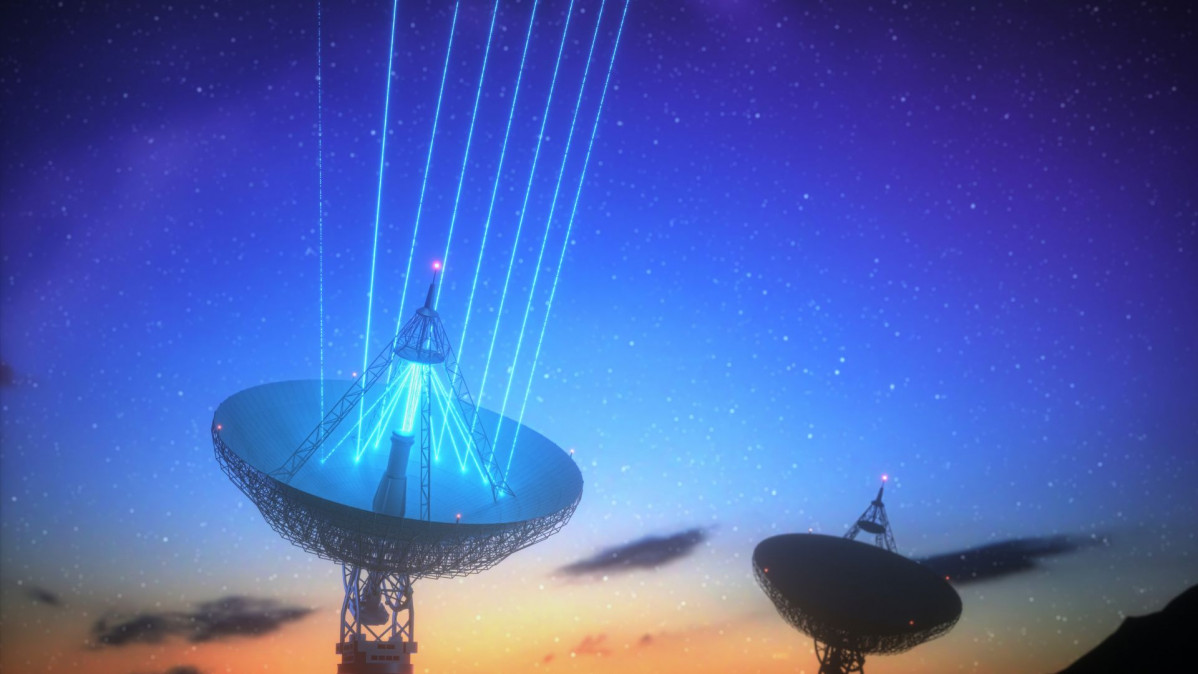 Astronomers from universities across Canada and the U.S., including MIT, detected a strange, persistent radio signal from a distant galaxy, a press statement reveals.

The signal is flashing regularly, drawing comparisons to a cosmic “heartbeat”.

It is classified as a fast radio burst, or FRB. These are very strong bursts of radio waves of unknown origin that typically last a few milliseconds at a time.

The newly-discovered FRB lasts up to three seconds, making it roughly 1,000 times longer than the average FRB, and the longest FRB detected to date. During those three seconds, the team of astronomers also detected bursts of radio waves repeating every 0.2 seconds in a periodic pattern. They also say it appears to be more than a million times brighter than other FRBs detected closer to Earth.

The scientists, who published their findings in the journal Nature, named the signal FRB 20191221A. The signal is coming from a distant galaxy several billion lightyears away. Right now, the researchers behind the discovery can only really speculate as to the origin of the mysterious signal. They say it is possible it comes from a radio pulsar or a magnetar. Both of these are types of neutron stars, which are the rapidly spinning collapsed cores of dead giant stars.

“There are not many things in the universe that emit strictly periodic signals,” explained Daniele Michilli, a postdoc in MIT’s Kavli Institute for Astrophysics and Space Research. “Examples that we know of in our own galaxy are radio pulsars and magnetars, which rotate and produce a beamed emission similar to a lighthouse. And we think this new signal could be a magnetar or pulsar on steroids.”

New FRB could help measure the expansion of the universe

The team hopes to detect more periodic from this source with follow-up observations. They say the FRB could be used as an astrophysical clock to measure the rate of expansion of the universe. This would be calculated via the frequency of bursts and how that changes as the signal source moves away from Earth.

The first FRB was discovered as recently as 2007. Since then, hundreds of similar signals have been discovered throughout the universe. The new signal was detected by the Canadian Hydrogen Intensity Mapping Experiment, or CHIME. It was designed to pick up radio waves emitted by hydrogen from the earliest stages of the universe. It also happens to be very sensitive to fast radio bursts — it has detected hundreds of the signals since it started operating in 2018.

By studying these mysterious signals we can not only learn more about their origins, but also about the vast cosmos surrounding the flashing celestial bodies.

Study Abstract:
Fast radio bursts (FRBs) are millisecond-duration flashes of radio waves that are visible at distances of billions of light years1. The nature of their progenitors and their emission mechanism remain open astrophysical questions2. Here we report the detection of the multicomponent FRB 20191221A and the identification of a periodic separation of 216.8(1) ms between its components, with a significance of 6.5σ. The long (roughly 3 s) duration and nine or more components forming the pulse profile make this source an outlier in the FRB population. Such short periodicity provides strong evidence for a neutron-star origin of the event. Moreover, our detection favours emission arising from the neutron-star magnetosphere3,4, as opposed to emission regions located further away from the star, as predicted by some models5.