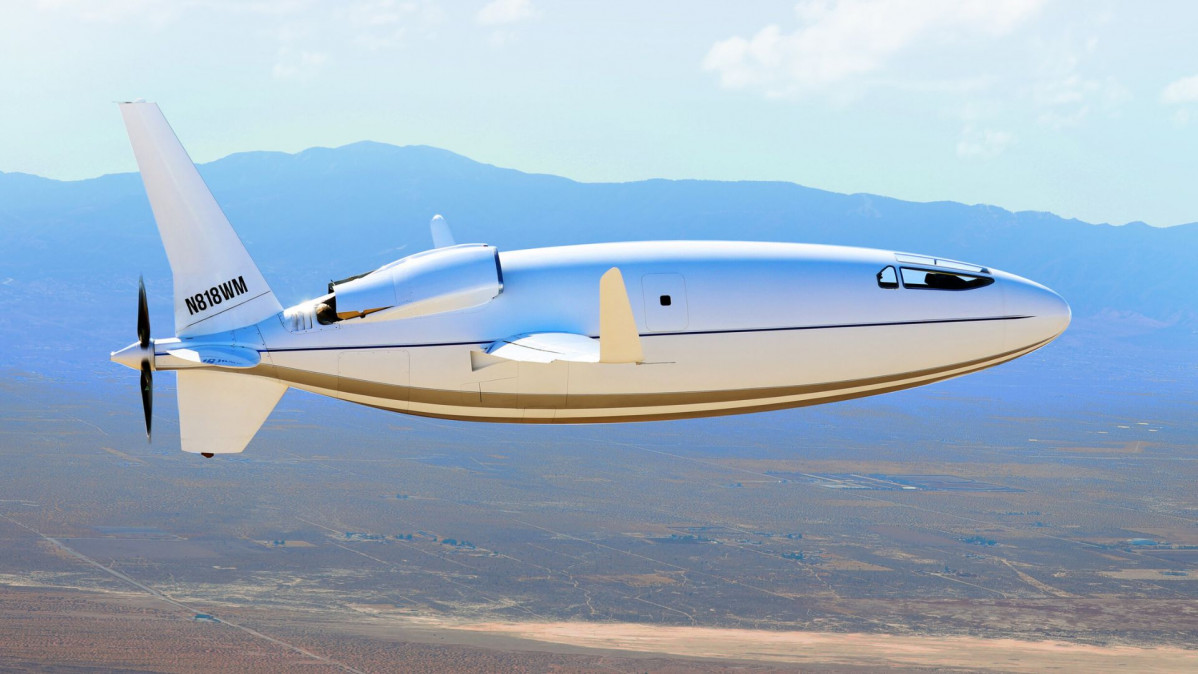 Otto Aviation and ZeroAvia have teamed up to implement the latter’s ZA600 zero-emission engines to build a hydrogen-powered version of the Celera 500L, dubbed “the most fuel-efficient, commercially viable business aircraft in the world” by Otto Aviation, according to the firm’s official website.

The Celera 500L was designed for transcontinental range with operating costs equal to or better than commercial airline ticket pricing per passenger basis. This criterion requires extremely low drag across the entire aircraft with a highly fuel-efficient propulsion system. To achieve this, extensive laminar shapes were used for the wings, fuselage, and tail sections — maximizing laminar flow to avoid air turbulence, which causes aerodynamic drag and wasted energy.

The fuel efficiency of the aircraft is due to its unique shape, which delivers a 59 percent reduction in drag. Otto Aviation claims that the idea of laminar flow was taken to new metaphorical heights with the design of Celera. For example, it uses 80 percent less fuel than a traditionally designed aircraft.

The Celera runs on a 550-horsepower combustion engine and is able to carry six passengers up to 4,500 nautical miles (8,334 km) at cruise speeds of more than 460 mph (740 km/h). Celera has a glide ratio of 22:1, meaning that the aircraft can glide for up to 120 miles (roughly 200 km) with the engines turned off. This allows Celera to cut $328 hourly operating costs and operate at a much smaller cost than similar aircraft.

Phase One testing is complete

“The data from our first phase of test flights show that we are on the path to achieving our goals for the aircraft,” said William Otto Jr., CEO of Otto Aviation.

“We couldn’t be more excited in this step toward our mission of having a production aircraft in 2025, and we look forward to beginning the next phase of development where we will take the aircraft to higher altitudes and higher speeds,” Otto Jr. added.

“We’re excited that the initial designs are delivering on the comfort and ranges desired by potential customers,” said Otto Aviation CTO David Bogue. “The volumetric capacity of the fuselage and specific configuration choices allows our design to adopt either hydrogen or battery-electric propulsion. We’re eager to build upon the initial version of the 500L and deliver a zero-emissions version of the aircraft.”

Otto projects that a viable zero-emission aircraft will be available by 2027, and we’re excited to see this unique aircraft in the skies.