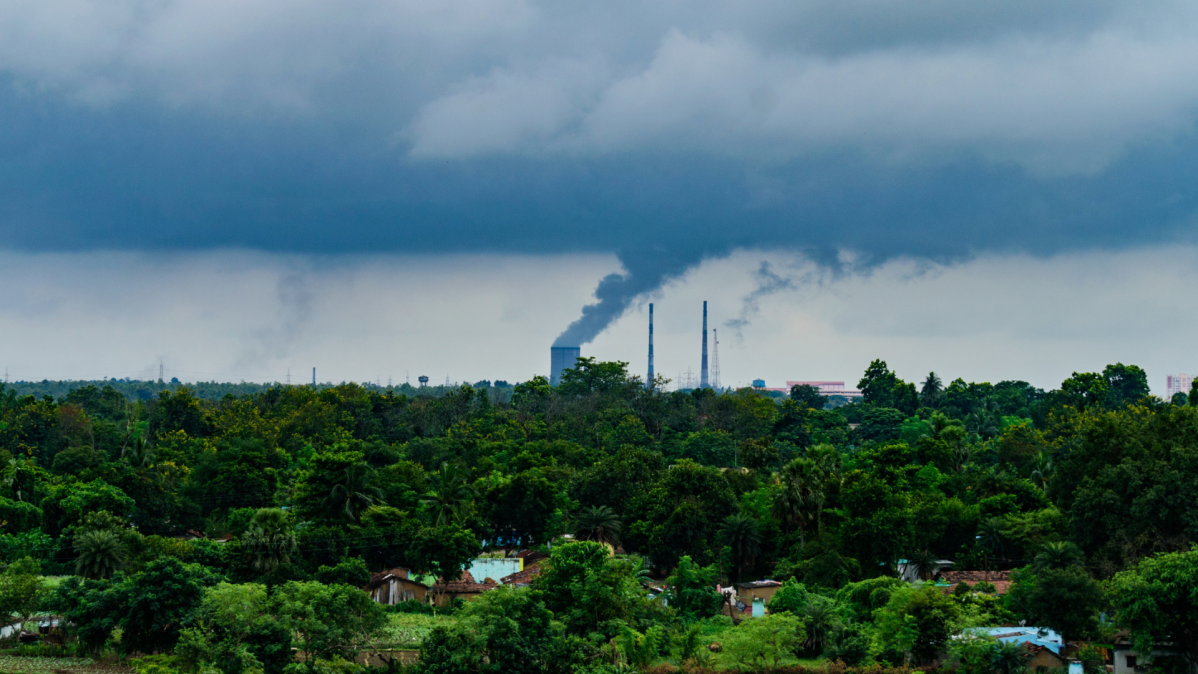 Qing-Bin Lu, a professor at the University of Waterloo in Canada, has spotted a large ozone hole in the tropical region of the planet, which could impact 50 percent of the world’s population, a press release said.

Ozone is a highly reactive gas molecule made up of three atoms of hydrogen. According to the U.S. Environmental Protection Agency (EPA), ozone is formed in the stratosphere or higher levels of the Earth’s atmosphere when sunlight reacts with molecular oxygen. Being highly reactive, ozone is constantly being created and destroyed in the stratosphere, and its total amount has remained relatively stable across seasons and latitudes over the decades.

While the process of ozone formation and destruction is ongoing in the atmosphere, the presence of certain chemicals can accelerate the destruction. A single atom of chlorine in the stratosphere can take out 100,000 molecules, severely depleting the levels of ozone.

Is there an actual hole in the ozone layer?

Since the 1970s, scientists have found that the levels of ozone have been depleted in certain regions. When ozone levels reduce by as much as 80 percent of their normal values, the depleted region is called an ozone hole.

The ozone hole over Antarctica has been regularly seen during the spring season since the 1980s and continues to be monitored by organizations. The loss of ozone has been attributed to the use of chemicals such as chlorofluorocarbons (CFCs), hydrochlorofluorocarbons (HCFCs), carbon tetrachloride, and methyl chloroform, prompting a ban on their usage.

Last year, the United National Environment Program (UNEP) released a report that the ban on these chemicals was helping heal the ozone layer. However, the new discovery flies in the face of what all scientists have known and achieved so far.

An ozone hole in the tropics

In a single-author paper published in the journal American Institute of Physics (AIP), Lu has made a startling revelation that the ozone hole over the tropics is actually seven times larger than the one over Antarctica that we have fretted over all these years. Worse still is the fact that the hole has existed since the 1980s.

Unlike the Antarctic hole that appears in the spring, the hole over the tropics is seen all year around. “The depletion of the ozone layer can lead to increased ground-level UV radiation, which can increase risk of skin cancer and cataracts in humans, as well as weaken human immune systems, decrease agricultural productivity, and negatively affect sensitive aquatic organisms and ecosystems,” said Lu in the press release.

Lu did not use photochemical methods for the estimation of ozone that are conventionally used. However, his findings are consistent with the cosmic-ray-driven electron reaction (CRE) model that Lu and his colleagues proposed two decades ago. The data derived also suggests that the mechanism for the Antarctic and tropical ozone holes are identical.

That the tropic regions constitute half the planet’s surface area and are home to half of the world’s population is quite worrying. Terming it a cause for “great global concern,” Lu called for “careful studies of ozone depletion, UV radiation change, increased cancer risks, and other negative effects on health and ecosystems in the tropical regions” in the press release.

This paper reveals a large and all-season ozone hole in the lower stratosphere over the tropics (30°N–30°S) existing since the 1980s, where an O3 hole is defined as an area of O3 loss larger than 25% compared with the undisturbed atmosphere. The depth of this tropical O3 hole is comparable to that of the well-known springtime Antarctic O3 hole, whereas its area is about seven times that of the latter. Similar to the Antarctic O3 hole, approximately 80% of the normal O3 value is depleted at the center of the tropical O3 hole. The results strongly indicate that both Antarctic and tropical O3 holes must arise from an identical physical mechanism, for which the cosmic-ray-driven electron reaction model shows good agreement with observations. The whole-year large tropical O3 hole could cause a great global concern as it can lead to increases in ground-level ultraviolet radiation and affect 50% of the Earth’s surface area, which is home to approximately 50% of the world’s population. Moreover, the presence of the tropical and polar O3 holes is equivalent to the formation of three “temperature holes” observed in the stratosphere. These findings will have significance in understanding planetary physics, ozone depletion, climate change, and human health.