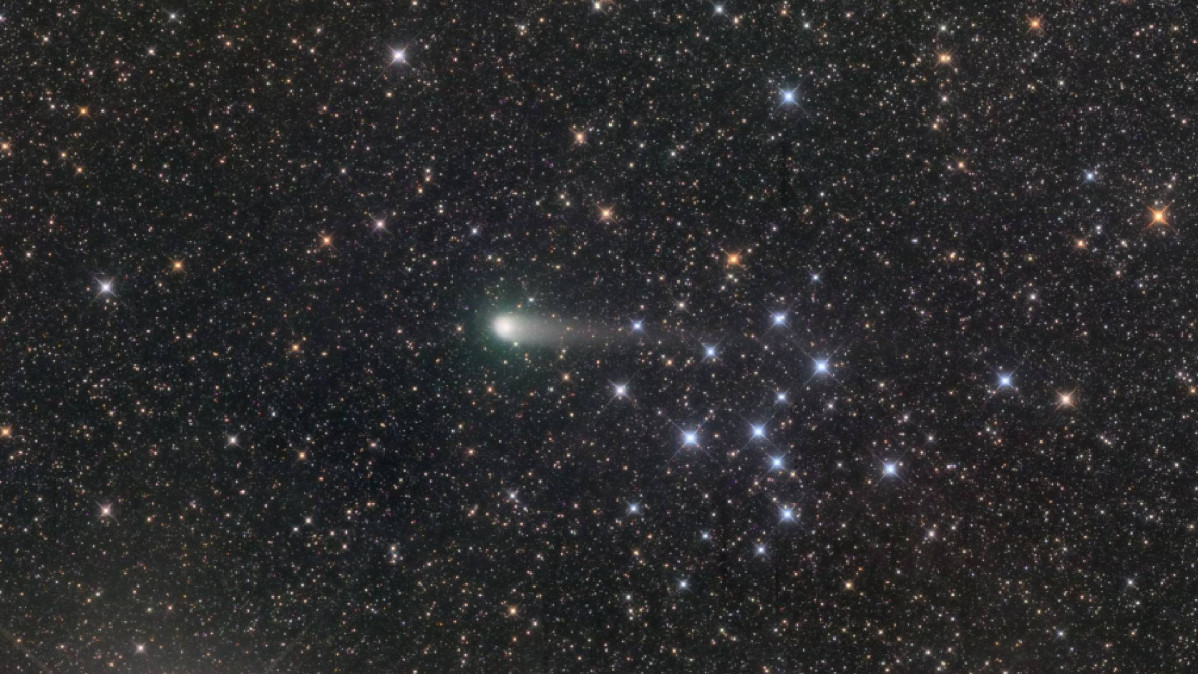 The much anticipated Comet C/2017 K2 (PanSTARRS) has entered our inner solar system meaning it could soon be visible via a simple telescope. It’s probably best to catch it at its closest approach to Earth on July 14, 2022, although a supermoon on July 13 may light up the sky, which means you may want to spot it now while the skies are still dark.

How big is the comet’s nucleus?

Experts are unclear at this point about just how big the comet’s nucleus is. According to NASA solar system ambassadors Eddie Irrizarry and Kelly Kizer Whitt, it is estimated that the comet falls between a range of 11 and 100 miles (18 and 161 kilometers) wide.

This means it could be considered just big or fall among the biggest comets ever discovered so far such as Hale-Bopp and Bernardinelli-Bernstein. Unfortunately, it will not be getting close enough to us to figure this detail out as even at its nearest, it will still be farther away from us than the average distance between Earth and Mars.

At least we know our planet is safe!

If the name Comet PanSTARRS seems familiar, that’s because there are a lot of them. Pan-STARRS is a sky survey that is focused on discovering new asteroids, comets, supernovae, and other celestial objects. When first discovered by Pan-STRRS, C/2017 K2 was 1.49 billion miles (2.4 billion km) from the sun, 16 times farther away than the Earth is from the sun.

Now, C/2017 K2  is expected to pass some 168 million miles (270 million km) from Earth. This won’t make the celestial object visible to the eye but a good telescope should offer some pretty breathtaking views.

If you don’t have your own telescope, public online observatories like the Virtual Telescope Project are likely to host some fun and entertaining watch parties. After it passes Earth in July, C/2017 K2 will continue its journey on toward perihelion, which is its closest pass by the sun.

However, there’s no telling how it will behave the closer it gets to the sun. It could suddenly become more active and brighter, or it could fall apart and disappear entirely leaving behind just a trail of dust.

Last month, a giant asteroid, approximately four times larger than the Empire State Building, zipped past the Earth at a mind-boggling speed of 47,200 mph (~76,000 kph). The asteroid marked the first month anniversary of another big asteroid that zipped past our planet at 23,000 miles (~37,000 kph) an hour on April 28th. It seems we are a popular destination for these traveling celestial objects!