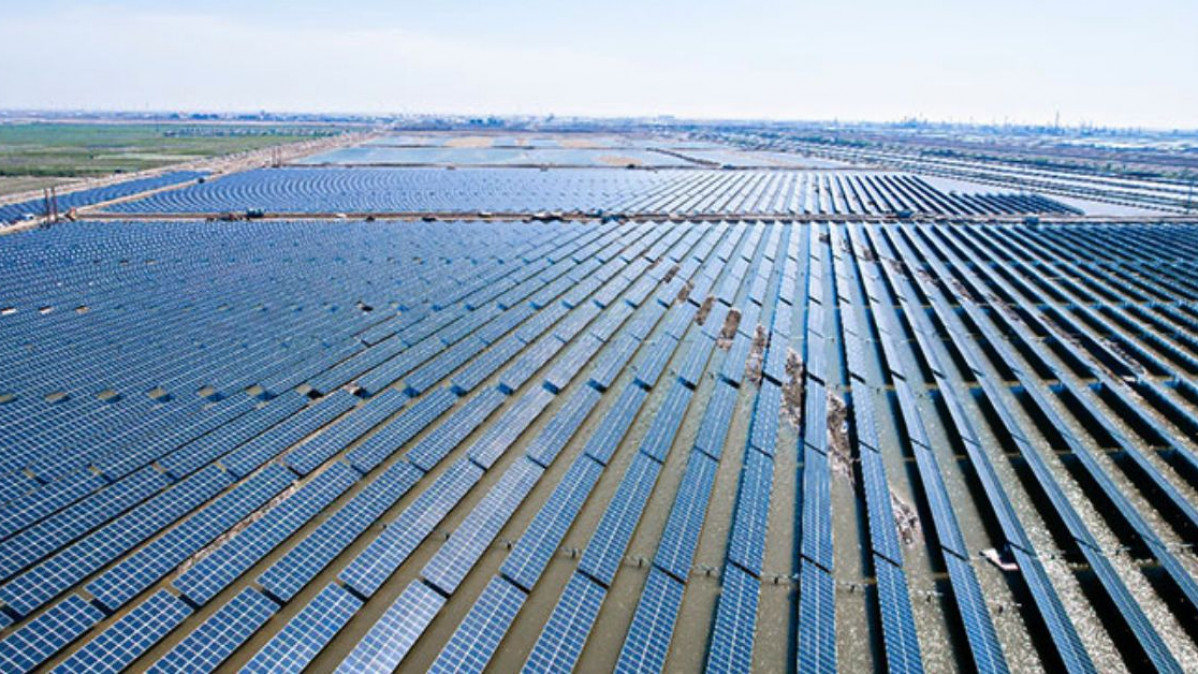 Farms where fish and algae thrive under solar panels might have secured their place in a future powered by renewable energy.

Concord New Energy, a Chinese company that specializes in wind and solar power project development and operation, has installed a 70 MW solar plant atop a fish pond in an industrial park in Cangzhou, China’s Hebei region, according to an initial report from PV Magazine.

The hybrid system integrates solar power generation with fishery in a unique way that not only saves land but also produces clean energy.

An intelligent fishery area without emissions

The fishery-solar hybrid system is a type of floating solar farms that has grown in popularity over the years as solar power has evolved to meet the needs of our increasingly climactic times. For example, the United States has just begun construction of the country’s biggest floating solar farm in New Jersey.

Meanwhile, in China, fishery-solar hybrid systems have grown dramatically in recent years. This hybrid system is straightforward: a solar array is installed above the fish pond’s water surface, and the water area beneath the solar array is used for fish and shrimp farming.

Concord New Energy’s new project, which uses Trina Solar’s 670W Vertex PV modules, began in the second half of last year and was completed in early June, according to a spokeperson who talked with PV Magazine. After the system is connected to the national grid, the fish ponds will be used for fish and shrimp farming.

“The pile foundation is about 6 meters to 7 meters, and the water surface is about 1 meter under the modules, ensuring optimal safety and reliability,” the spokesperson explained to PV Magazine. “The photovoltaic panels floating on the water can shade the fish pond, reduce water temperature, cut evaporation and effectively block strong sunlight, which significantly reduces the incidence of fish dying as a result of elevated water temperatures.”

According to Trina Solar, the modules in the project were built utilizing water-resistant packing materials, which improve the isolation of metal components such as soldering strips, string connections, and busbars while also lowering the PID (Potential Induced Degradation) impact of photovoltaic panels.

What are the advantages?

The fishery-solar hybrid system comes with several advantages, including the ability of the floating photovoltaic power station to effectively reduce the water temperature on hot summer days and shelter water surface from sunlight. This minimizes the outbreak of aquaculture diseases by impoving the water quality and adjusts the metabolism of fish to allow them to grow quickly, per SRNE Solar. Moreover, the floating photovoltaic power system helps reduce water surface evaporation and loss.

According to the Environmental and Energy Study Institute, floating solar panels can be up to 15 percent more efficient than terrestrial solar thanks to the cooling impact of the water.

It should be noted, however, that the rapid adoption of any new technology can have unanticipated effects. To this day, the relationship between the development of floatovoltaics and objectives in terms of the environment, society, and economy remains largely unexplored, and with such huge projects being deployed across the world, it is high time for the scientific community to uncover the potential effects of these projects on the environment, biodiversity, and more.