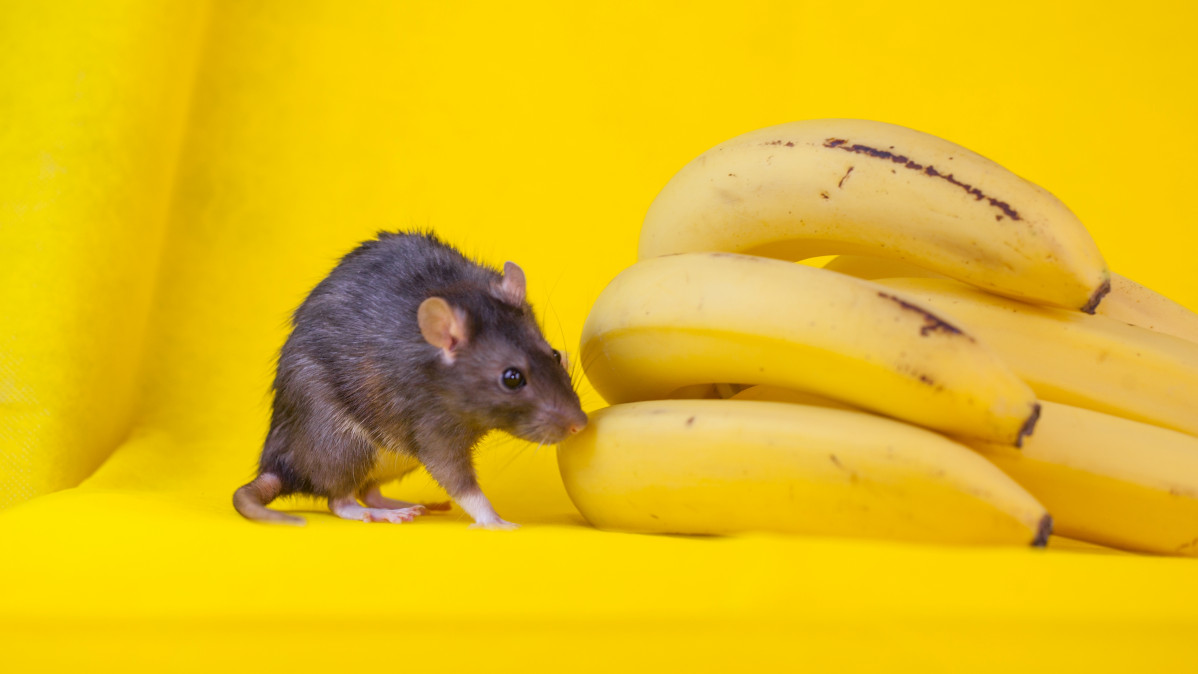 Do animals talk to each other? They must be. But the ways they achieve this is much more different and various than ours, and a new study on mice shows that sense of smell is just one of them.

New research conducted by scientists from McGill University in Montreal, Quebec, has revealed a very bizarre fact that male mice are terrified of bananas. This unexpected discovery was a study on the increase of male mice’s stress levels when they are near pregnant or lactating females.

It is reported in the study that the hormonal shifts of male mice were related to a compound found in the urine of the female called n-pentyl acetate, which also gives bananas their distinctive smell.

“The whole thing came as a surprise since we were not looking for this in particular and found it by accident. The pregnant females were in our lab for another experiment, and one of our grad students realized that the males began acting weird,” Jeffrey Mogil, the senior author of the study and professor of the Department of Psychology at McGill University, told Live Science.

Banana as a stress factor

Following the discovery that stress levels in male mice elevated in response to substances in the urine of females, Mogil and his team wondered if n-pentyl acetate from a different source might induce a similar reaction. In this direction, they bought banana oil from a local store and instilled it into cotton balls, which they later placed into the cages of male mice.

The result was that the stress levels of the mice considerably increased, and the researchers believe that this hormone rise is linked to the tension one experiences when confronted with a potential battle.

In addition to increasing stress, the scientists also stated in their study that exposure to either urine or banana oil had an analgesic, or pain-relieving, impact, reducing the males’ sensitivity to pain. Pain tolerance in male mice developed as early as five minutes after they smelled n-pentyl acetate and diminished 60 minutes later.

“Rodents and a lot of mammals other than humans are reliant on their olfactory senses,” Mogil said. “Urine scent-marking is well known, but what we’ve found here is a new message that has never been described before in mammals. We’ve seen a lot of olfactory messages being sent from males to females, but there are fewer examples of females sending them to males. Most of these messages have to do with sexual behavior, but in this case, sex has nothing to do with it at all. The females are telling the males to stay away; otherwise, be prepared for me to beat the crap out of you if you touch my pups.”

What the study reveals is actually a new form of female-to-male chemosignaling. We now know that mammals talk to one another in more ways than we previously believed. The results of this study provide insight into the invisible communication channels via which animals communicate with each other.

The study results were published on May 20 in the journal Science Advances.

Abstract:
In an attempt to improve reproducibility, more attention is being paid to potential sources of stress in the laboratory environment. Here, we report that the mere proximity of pregnant or lactating female mice causes olfactory-mediated stress-induced analgesia, to a variety of noxious stimuli, in gonadally intact male mice. We show that exposure to volatile compounds released in the urine of pregnant and lactating female mice can themselves produce stress and associated pain inhibition. This phenomenon, a novel form of female-to-male chemosignaling, is mediated by female scent marking of urinary volatiles, such as n-pentyl-acetate, and likely signals potential maternal aggression aimed at defending against infanticide by stranger males.