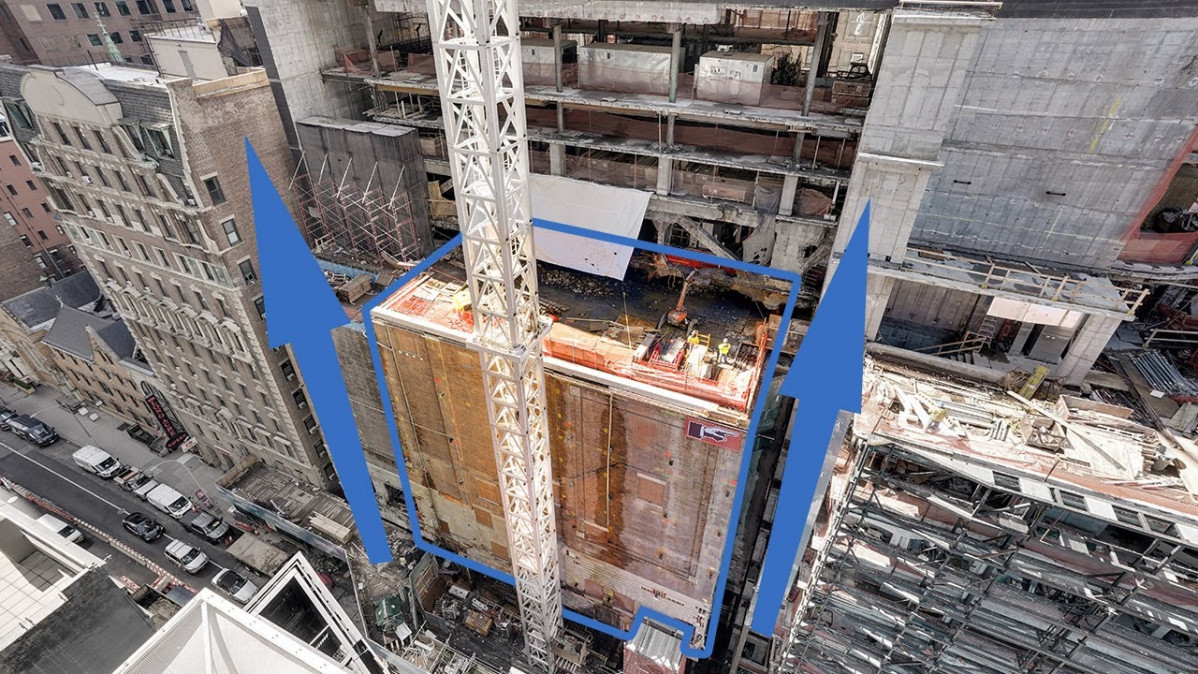 And that’s how you raise the roof.

In case you didn’t know, the Palace Theatre is a historic Broadway staple that was opened in 1916 as a vaudeville theater. Weighing 14 million pounds, it’s a protected landmark, and thanks to a new expansion project that was recently completed, it was hoisted 30 feet above Times Square to make room for more commercial space.

It was definitely not an easy task to lift a theater. The team behind the feat had to relocate the theater box without cracking the exquisite plasterwork covering the ceilings, arches, and box seats.

In the end, the theater was lifted utilizing cutting-edge engineering equipment that crosses a structural steel shoring post and a hydraulic jack. Soon, the entire theater will be renovated, including restoring the interior as well as changing and upgrading the lobby, reception area, and backstage. If you’re curious about how engineers pulled off this insane undertaking, watch the B1M video above, and as usual, enjoy.