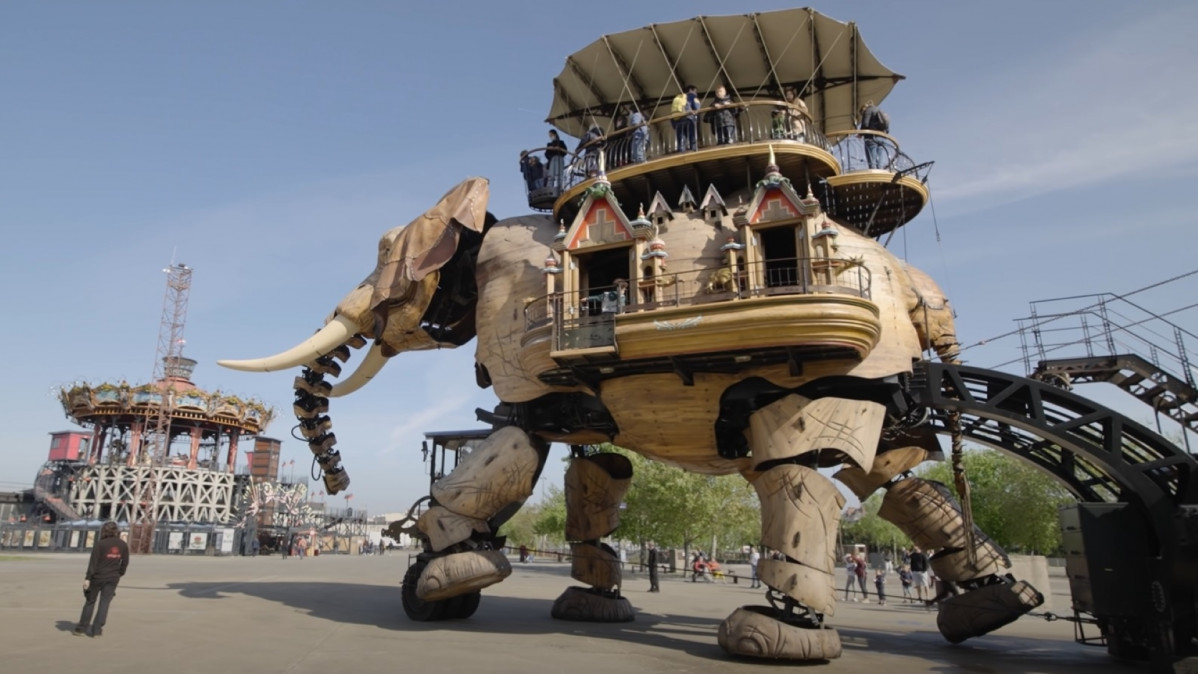 What would you do if you saw a massive walking mechanical elephant approaching you in the street? Run? Well, you wouldn’t need to be terrified at the Île de Nantes, an island in the center of the city of Nantes, in the French region of Brittany’s western edge, because it’s a common sight in the area.

The city has a unique attraction called Les Machines de L’Île, which is basically a steampunk amusement park. The art installation/amusement park hybrid was built after taking inspiration from Jules Verne, a prolific author whose books formed much of the groundwork of modern sci-fi, as he was born and raised in Nantes. The installations feel like resurrected artifacts from nineteenth-century science fiction.

The park’s main highlight is definitely the 40-foot mechanical elephant, which can carry 50 riders and stomps the entire length of the park in 30 minutes.

“When this majestic animal goes out for a walk, it is like architecture in motion leaving a steel cathedral,” the official website of the attraction wrote when describing the massive elephant. If you want to see the elephant in action, watch the video by the YouTuber Tom Scott above, and as always, enjoy.