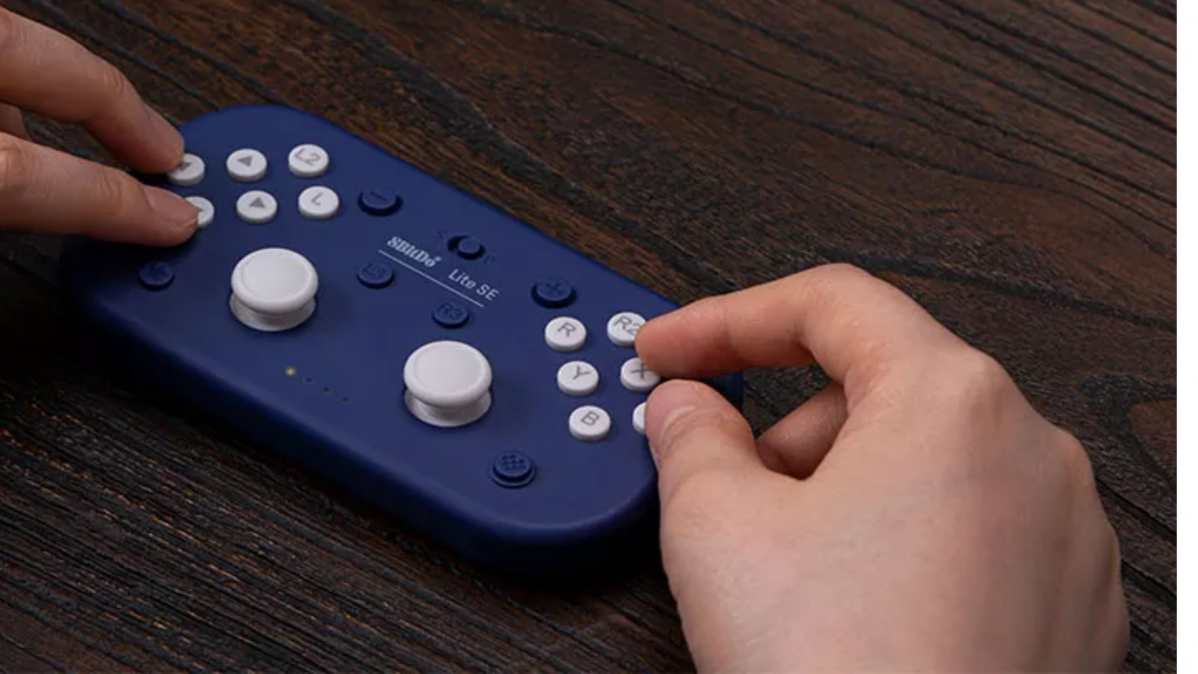 8BitDo has launched a simple gaming controller aimed at an under-represented group of gamers — those with limited mobility, Gizmodo reported.

“Lite SE was created in collaboration over the last year with two passionate members of the 8BitDo community: father and son, Andreas and Oskar Karlsson. Together, we engineered a controller to meet the needs of gamers with limited mobility like Oskar.”https://t.co/F9JAe80qRV

The Hong Kong-based firm is a third-party video game hardware manufacturer that transports its customers decades into the past with classic gaming experiences. Specialists in retro-looking gaming hardware, 8BitDo can add a whole new look to your gaming console setup with their pop and pastel color options for their controllers or pair your smartphone with your controller and play-on-the-go.

With the recent launch of their new controller, Lite SE, the company has made gaming more inclusive.

How did the Lite SE come together?

Back in 2018, Xbox maker Microsoft launched its Xbox adaptive controller (XAC) to make gaming more inclusive. The XAC featured oversized pads instead of the joysticks and also came with lots of input options that could be paired up with various devices to give gamers the flexibility they wanted. A couple of years ago, we reported how a father used these features to design a homemade controller for his children.

For the LiteSE though, Andreas Karlsson got in touch with 8BitDo directly with a request to make a special controller for his son Oskar, who has Type 2 Spinal Muscular Atrophy (SMA 2). A genetic condition, SMA 2 affects nerve cells that control the voluntary muscles and an affected child can lose the ability to stand or walk independently.

The company tested various prototypes with Oskar and Andreas over the last year and then finalized the design of the Lite SE.

The controller is flat and can be placed on a surface instead of having to be held on to like its modern-day counterparts. Since gaming can get pretty intense at times, the Lite SE is equipped with a non-slip rubber grip on the back to ensure that the device stays put in its place.

As of now, the controller only works with the Nintendo Switch and Android devices and we hope that the company will add more compatibility to its device in the near future. Priced at $35 a piece, the Lite SE is a steal compared to Microsoft’s XAC which comes with a price tag of $100.

The controller can be pre-ordered on 8BitDo’s website with shipping for orders scheduled starting July 15.