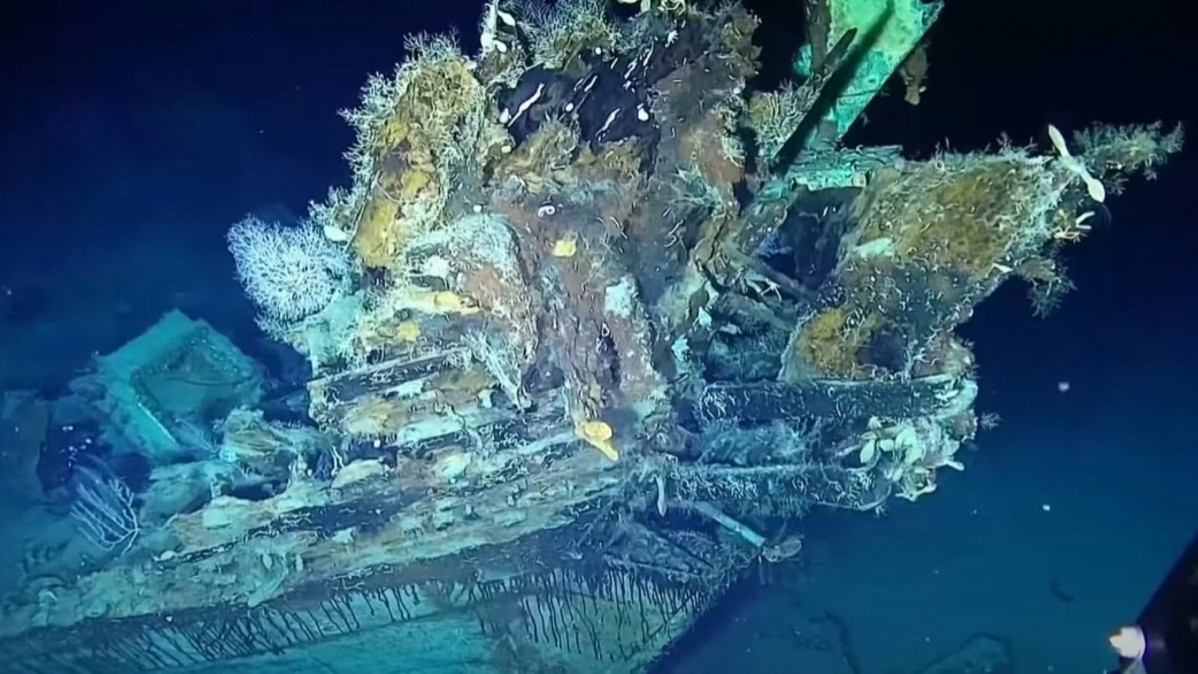 The Colombian National Navy used a remotely operated vehicle (ROV) to go closer and capture new videos and images of the San José Galleon, an 18th-century ship that sank off the coast of Cartagena and has not come in human contact ever since, a press release from the national government said.

Earlier this year, we reported how the wreckage of an expedition ship was found 107 years after it sank. However, the wreckage of the San José Galleon is in a different league altogether. The Spanish ship was allegedly carrying 600 people on board along with 200 tons of treasures when British Navy ships sank it in 1708. The exact location of the shipwreck wasn’t known for three centuries and hasn’t been revealed by the authorities even now, Business Insider reported.

According to the press release, the ROV descended to a depth of nearly 3,000 feet (900 m) to capture the best images and prepare for monitoring the shipwreck, prior to its extraction. In 2013, Colombia claimed ownership of the shipwreck and its contents, since it was within the country’s maritime borders and even passed a law to this effect.

Spain, however, has argued this claim, citing the origins of the ship but the matter is likely to be complicated further since the valuables are likely to have been plundered from South American nations, Business Insider said in its report.

If you are wondering why countries are so keen on a shipwreck that has been on the floor of a sea for many centuries, it is the contents of the 200-ton treasure that attract them.

The Colombian Navy found the shipwreck in 2015 and has the most information on the true extent of these treasures. From what it has shared so far, the shipwreck has gold and silver coins, emeralds as well as Chinese ceramics, in pristine shape as can be seen in the images.

Apart from this, there are ancient swords and not to forget the 64 cannons on the Galleon itself, which have historic value. You might remember the wreckage of the German warship that was found in 2020. While that was not about eight decades old, inscriptions found on the San Jose’s cannons have revealed that they were manufactured in 1655 in Sevilla and Cadiz in Spain and the total worth of these artifacts along with the jewels and precious metals is pegged at $17 billion today. It is no wonder that the shipwreck is dubbed the “holy grail of shipwrecks”, Business Insider said in its report.

The Colombian Navy said in the press release that its work had been validated by the members of the Commission of Shipwrecked Antiquities and the Colombian Institute of Anthropology and History (ICANH) and the military unit carried out four observation campaigns using high-tech equipment and computer tools to check the carry out its investigations.

“This shows that our capabilities are robust and will allow us to protect all that submerged heritage. And the idea is to recover it and have sustainable financing mechanisms for its future extractions,” said Iván Duque Márquez, President of the Republic of Colombia in the press release. “Our government decided that all this treasure is a unified heritage, that it cannot be divided, that it cannot be separated, that it is a whole, of an enormous patrimonial wealth.”